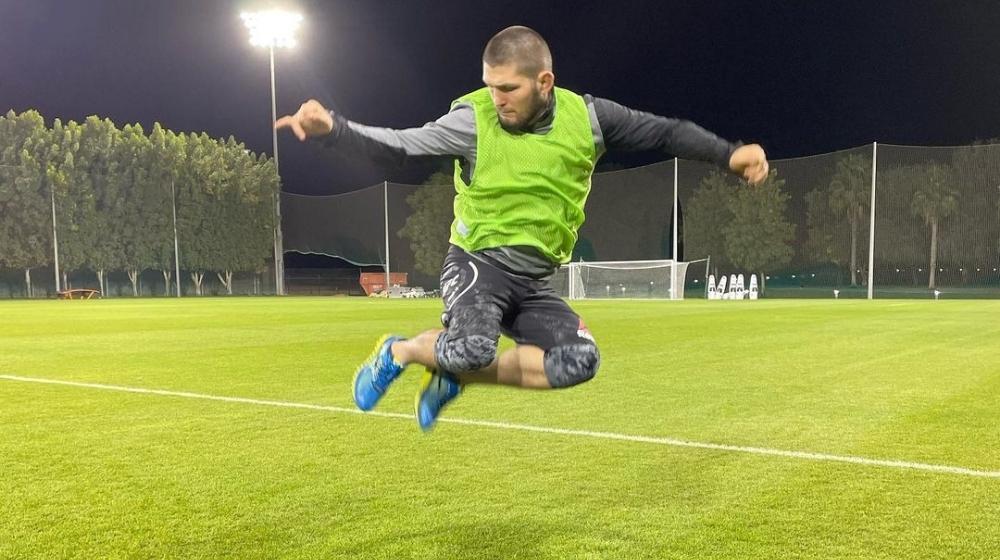 After defeating Justin Gaethje in UFC 257 in October 2020, the undefeated Russian retired from MMA. Since then, Nurmagomedov has been busy with various activities and sports, including football. Khabib is a huge football fan who has recently shown off his skills while playing with his friends, teammates and former AC Milan midfielder Clarence Seedorf.

FC Kamaz said on their Instagram post, "We offer you to make your football debut as part of our team. PFL is the football UFC... We play every match only to win [and are] an ambitious team with the task of entering the FNL."

Not only that, but Khabib Nurmagomedov ironically insisted on becoming a professional football player next, and said that he is a "free agent" for any interested club. It seems that FC Kamaz takes Nurmagomedov's comments seriously because they are willing to give Khabib a chance to participate in the third tier of Russian football.

In reply to Nurmagomedov's post, FC Kamaz explained why the Real Madrid fan would become an important asset to their team.

In the post, FC Kamaz also invited Nurmagomedov to participate in a three-week training camp starting on February 12, 2021. Not only FC Kamaz, but PFL is also ready to allow Khabib to participate in the competition.

PFL tweeted, "We have prepared for you a certificate for Khabib... If everything goes well, you just have to insert the date of issue".

Khabib Nurmagomedov openly declared his love for football. Apart from having friendly relations with such legends as Cristiano Ronaldo and Zlatan Ibrahimović, the Russian said he had always dreamed of becoming a football player.

Khabib also believes that football is a much better sport than MMA, because "you do not need to fight or smash anyone - you just need to be on the grass and show everyone your professional skills."