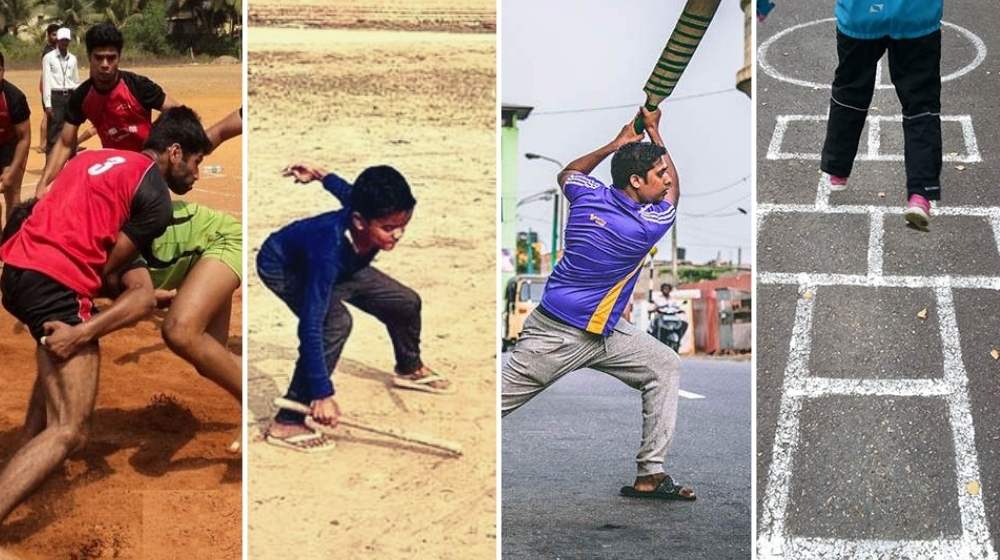 Before the tracks, everybody plays on the streets…………

Today we all know about sports and how luxuriously it’s advancing in every decade. The giant leaps and rings, decorative and fully functional stadiums, strong arcades and mass of people surrounding it, the track for the sports spectaculars consist of all the mentioned necessities. But not all sports need a large playing area or fancy arcades; some need just a street and lots of joy. Enlisting the top favourite streets sports of India - 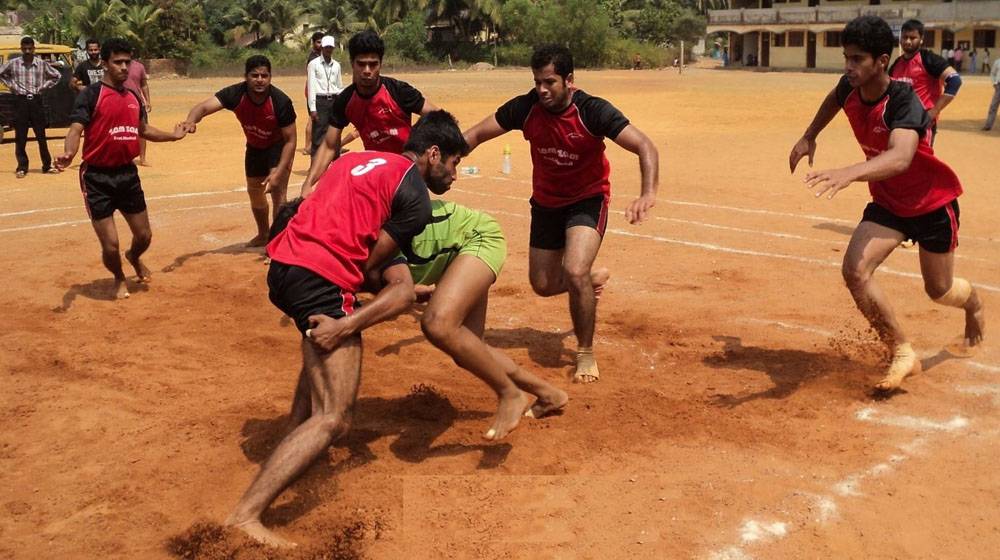 Kabaddi, also known as, chu-kit-kit, hu-tu-tu or hadudu is an ancient sport that originated in India during the early 20th century. It’s generally played on the streets and fields in previous times. But now, it’s a popular contact sport across the nations; the game is played between 2 teams consisting of 7 players each. The overall objective of the sport is to score more points than the opposing team within the allotted time. For scoring more and more points, each team undergoes attacking and defending. When attacking, the offensive team sends down a raider to the opposition’s half who must touch one or more members of the opposition to score a point. While the defending one objectifies to capture the raider and prevent them from returning to their half by the time their breath is up. Now this sport has evolved so much that it’s been played internationally and its own league. India is dominant in Kabaddi globally. 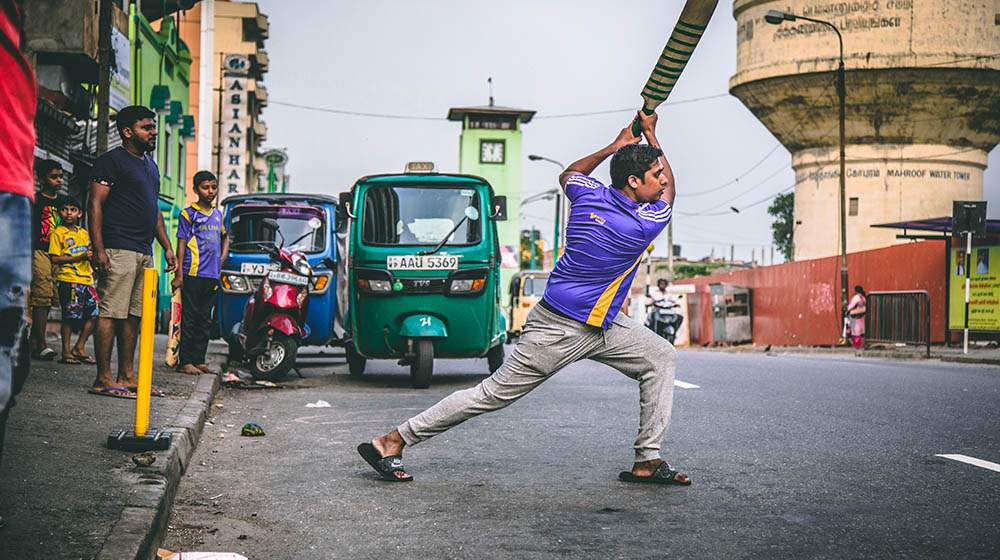 Cricket is like a religion in India; it’s the most popular sport which is played almost everywhere, from villages to urban streets. The Britishers introduced this game in the early 16th century. The first-ever first-class match in India was played in 1864 between Madras and Calcutta. The sport is widely played and loved by all the generations. The popularity is so vast that the tickets for the cricket tournaments sold out in minutes here. Cricket players are highly respected and loved by the nations. It’s a team game consisting of 11 players in each squad. Some of them are assigned for batting and bowling. The main aim is to score more and more runs without getting out. The bowlers aim for the stumps or catch out, fielders, on the other hand, try to prevent the ball from hitting boundaries and get them back to the bowler so that fewer amounts of runs could be credited. Till date, the Indian national cricket team has won the 1983 Cricket World Cup, 2007 ICC World T20, 2011 Cricket World Cup, 2013 ICC Champions Trophy, shared the 2002 ICC Champions Trophy with Sri Lanka and has numerous other achievements and records. India will also host the 2023 ODI World Cup. 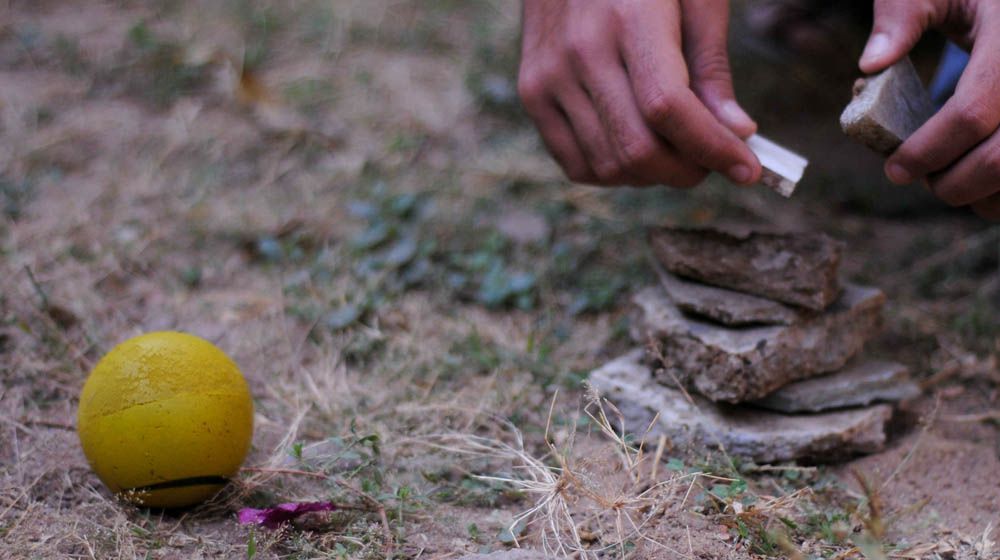 The most favourite game of the kids Pitthhu or Lagori is one of the most famous street sports in India. This game is also played between two teams, and any number of people can play it. The only requirement of this sport is seven small flat stones arranged in decreasing order from bottom to top. The players need to distort the order with the aid of a ball, and the opponent team need to hit the first team members so that they won’t arrange the stone in an organized manner. If the team is successful in organizing, the points of the stones are rewarded to the team. In the end, the team consisting of the highest points wins the game. 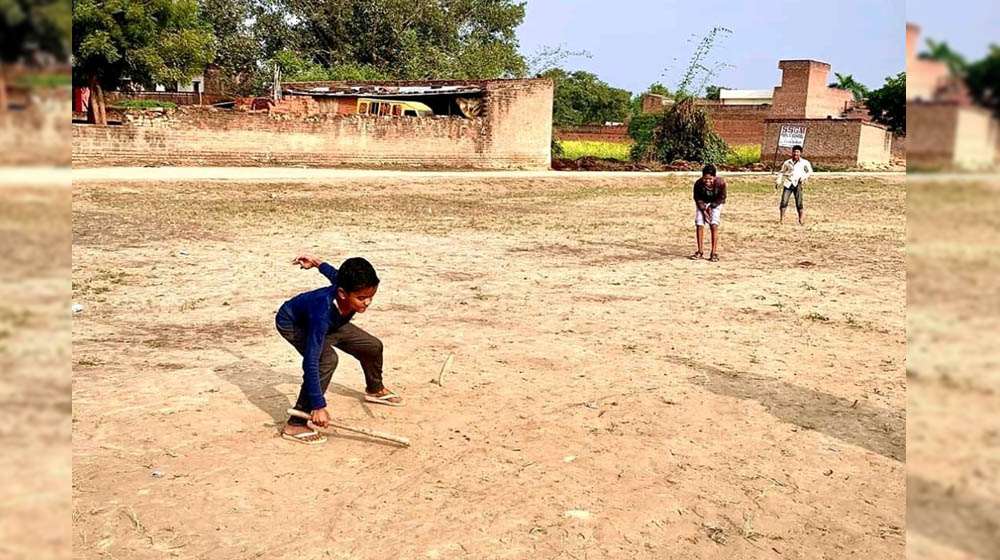 Another widely popular game across the nation is Gilli Danda. The game requires two sticks, a bigger one known as Danda and a smaller one Gilli. Many of the players can participate in this sport. All in all, a player needs to do is to hit the Gilli at the raised end, which then flips it into the air. While it is in the air, the player again hit the Gilli as far as he could and run and then touch a pre-agreed point outside the circle before an opponent retrieves the Gilli. It is more of a "desi" version of Cricket in India and has been played by most of the millennials and previous generations. 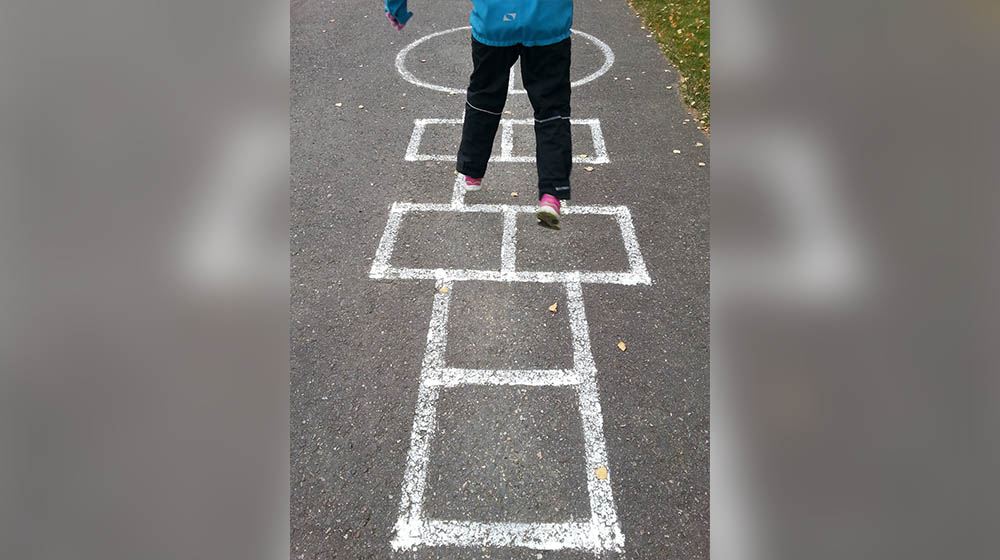 An open street and chalk are all one require to play Stapu or kith kith or hopscotch. It’s widely popularized among the young girls of India. The game consists of many numbered rectangular spaces in a confined pattern. Players need to toss a small object/stone into these rectangles outlined on the ground and hop/jump through the areas to retrieve the object. If the player touches the boundary, he/she is automatically out of the game. This game is widely popular in other countries as well such as Pakistan, Bangladesh etc. 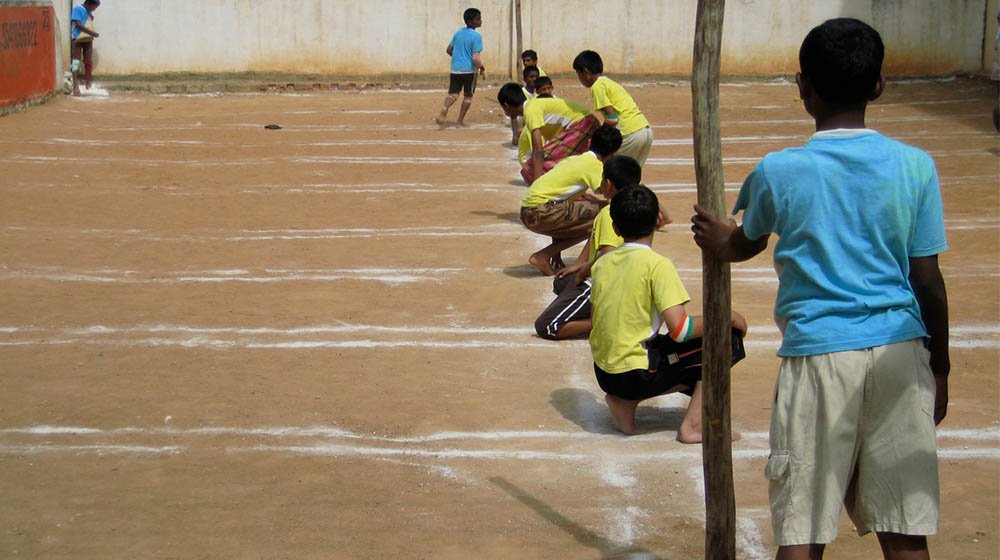 A very popular sport in India, Kho-Kho is widely played in the nation and is played between two teams. One team tends to sit on their knees in the middle of the court, forming a row in such a manner that the adjacent member faces their opposite direction. While the opposing team members run around the court protecting themselves from the opponent. In the end, the team that takes the shortest time to tag/tap all the opponents in the field wins. Today in school and national levels, this game is played healthily with proper rules and regulations. 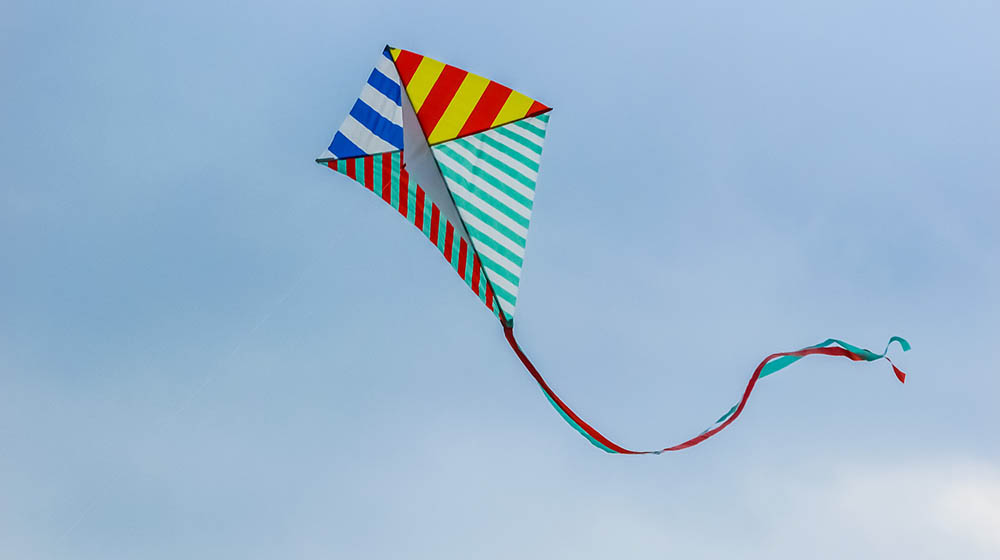 This is another popular and fantastic game in India. The thread bundle or Manjha manages kite. In this event, each flier attempts to cut another kite from the thread of his kite. From kids to adults, everyone participates in playing this game. On the day of Makar Sankranti, Rakshabandhan and Independence Day, the kite flying festival is widely celebrated. During the late winters, kites are available in the markets, and in the noon, people fly their beautiful kites as high as possible in the sky. This flying event creates a beautiful view for the public too.  Every year, India hosts the International Kite Festival known as Uttrayan in Ahmedabad, Gujarat where kite lovers from all over the world gather, compete and celebrate. 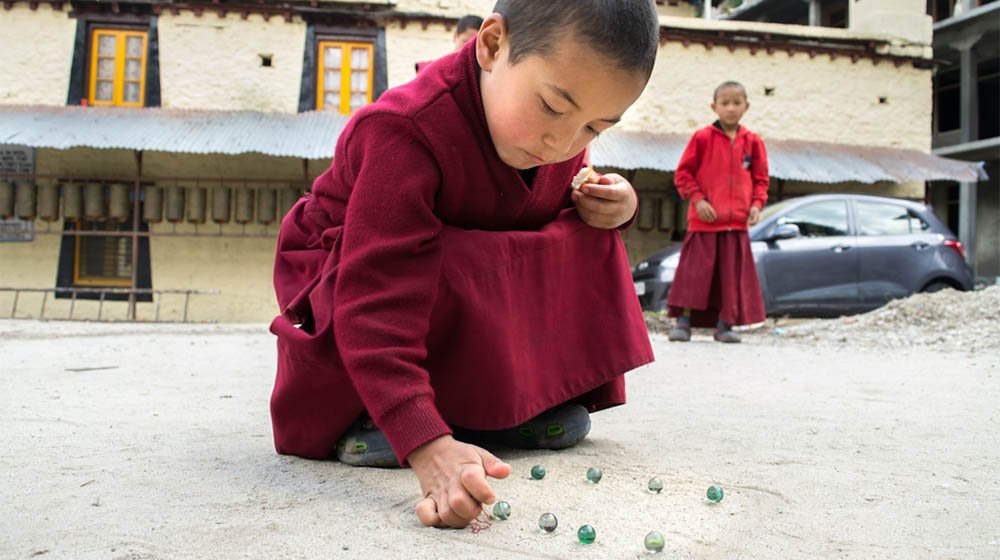 Kancha is also a popular street game in India. During the 90s and earlier as well, it was the most favourite past time for the kids. Players need to hit the selected target “Kancha” using their own marble. The winner gets to take all the Kanchas from the rest of the players. Sometimes people assign different points to their respective balls and hitting these individual balls earn them the points.

These street sports are in the roots of our countrymen. We have played & seen so many games from a long ago, some of which are region-specific and some are loved and played throughout the country.