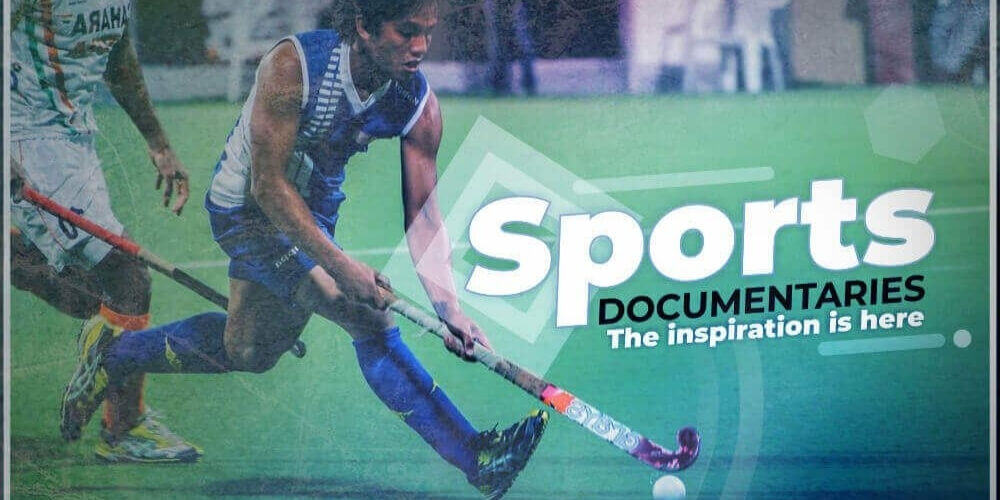 Whether you belong to any age or any stage of life, documentaries prove much more to seek inspiration and change your vision about life. Now, talking about the world of sports, every story has something to learn from it.

In the past decades, sports documentaries have become the root of inspiration for millions who experienced significant changes in their life.

Take a look at the top 5 sports documentaries listed here that have the power to change your perception.

This much-appreciated documentary is based on the well-known event "Rumble in the Jungle" which was the much-talked heavyweight title bout of 1974 between the two boxing legends, Muhammad Ali and George Foreman.

The whole documentary depicts the unforgettable charm, confidence, and strength of the greatest boxer of all time. The film contains original footage of Muhammad Ali and George Foreman in Zaire, depicting the charm and rage of boxing in the era.

So if you're a boxing fan, you ought not to miss the off-ring moments of the "Rumble in the Jungle".

Two professional mountaineers Joe Simpson and Simon Yates set out to climb up the unexplored West Face of Siula Grande, Peru. The film is all about the survival of Joe Simpson after his partner Yates cut off the rope that bound them together while facing an enormous storm on the summit, resulting into the great fall of Joe into the deep void.

Depicting the survival of Joe Simpson, the film has gathered much appreciation for the efforts to make it more thrilling and holding on to the suspense till the last minutes.

An incredible portrait by Asif Kapadia of the astonishing journey of Brazil's National Hero- Ayrton Senna.

The F1 legend who raised to stardom with his supersonic speed and genius to win not only the F1 races but also the hearts of even his foes.

The documentary contains the archive footage and home movies of Senna, covering his life journey, the milestones, off-track controversies and of course, the ultimate devastating moment that took his whim. A film that can prove why Senna is the Real Hero!

Directed by Alex de la Iglesia, who attempted to do something out of his genre and succeeded in doing so. Messi is the much-talked film of 2015 on the success journey of a regular boy who turned into the Hero of Argentina- Lionel Messi.

A very well shot and partially edited documentary is considered as the best glimpse of Messi's career climb with a realistic narration by the group of his friends and the important Argentine figures including Valdano, Cesar Luis Menotti, and the late Johan Cruyff.

Needless to say that the film is really worth watching. The film includes some of the archival interviews that can lead to the sense of how does Messi thinks and believes in his actions.

This documentary is based on the life-taking survival of Alex Honnold, a success chaser with a habit of winning in every genre where he belongs. Amongst all the knacks, what Alex loves the most is scaling sheer rock faces, and that's what made his life to a bigger picture.

The National Geographic Partners made the film under the proficient direction of Elizabeth Chai Vasarhelyi and Jimmy Chin. With no wonder, the film gained much accolades and appreciation from all around the world for the excellent execution of fear and the undying will of a solo climber.

Not much to say but a single thing- Incredible direction to depict the struggles of a rock climber and the risk of losing his life with a single wrong step!

These are just a few of the treasury of knowledge-base and shell-shocking real-life stories of sports legends. So don't think before you dive into the vast ocean of these documentaries to turn the vision of your life. Keep Watching!