Tokyo Olympics: All you need to know about Rohan Bopanna and AITA clash 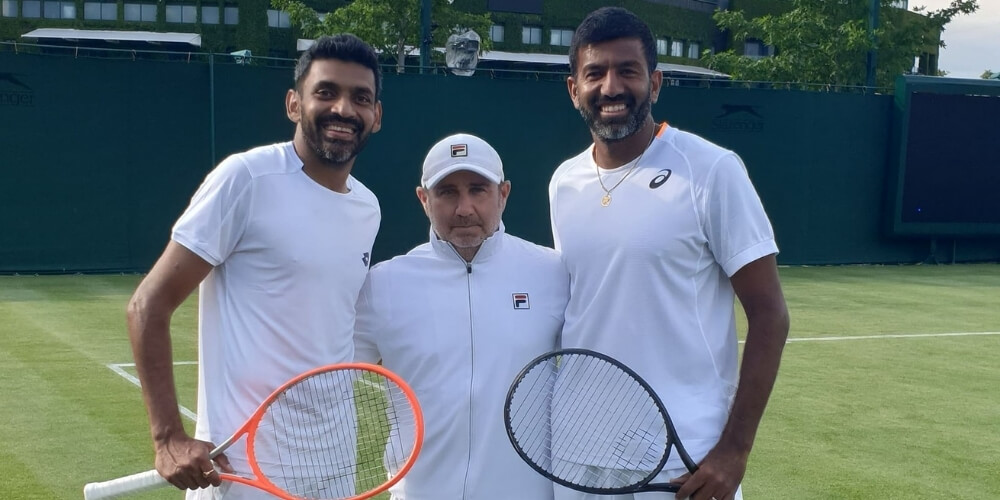 Doubles player Rohan Bopanna, who was unable to qualify for the Tokyo Olympics alongside Divij Sharan due to their low combined ranking, accused the All India Tennis Association (AITA) on Monday of misleading everyone, claiming it passed changed the combination by pairing him to join Sumit Nagal at qualification.

ITF has never accepted an entry for Sumit Nagal & myself.
ITF was clear that no changes were allowed after the nomination deadline (22nd June) unless Injury/Illness.
AITA has mislead the players,government, media and everyone else by stating we still have a chance. @AnurajR1

Whaaattt???If this is true then it's absolutely ridiculous and shameful..by this it also means that we have sacrificed a very good shot at a medal in the mixed doubles if you and I would have played as planned. We were both told that you and sumit's names hav been given .. https://t.co/h3fGkK0im8

However, the question of a missed shot for a medal in mixed doubles does not arise as Bopanna could not qualify in the men's doubles. Only those players who are already participating in the singles or doubles draw can play in the mixed events.

This is how AITA Responds

The All India Tennis Association (AITA) on Monday condemned tweets by tennis stars Rohan Bopanna and Sania Mirza about players' qualifications for the Tokyo Olympics.

The AITA responded to Bopanna saying that they only tried to help him as he was unable to qualify on his own. The AITA had announced the nomination of Bopanna and Sharan for the men's doubles event.

"Twitter comments by Rohan Bopanna and then Sania Mirza are inappropriate, misleading and it appears, without knowledge of the rules. They should have checked the rule book of ITF regarding qualifications, something that Divij Sharan seems to have done while writing to TOPS," AITA issued a statement.

"Rohan Bopanna could not have qualified as per ITF Rules. Therefore Sania Mirza's tweet is also baseless and coming from a player of her stature, is condemnable."

AITA hit back at the players and said, "Fact of the matter is that India's best entry was sent for Rohan Bopanna and Divij Sharan, which was the correct decision. However, they did not qualify as per ITF rules."

"Our players' rankings were not good enough for direct qualification, and we made all efforts to get them in. Rohan and Divij were fifth on the alternate list on 16th July. Only on 16th July, when Sumit Nagal got a chance in Singles, we saw a possibility, since singles players were also being considered, of Sumit being able to partner with Rohan," the statement further read.

"We asked ITF whether the entry of Sumit Nagal will suffice to pair with Rohan Bopanna for an entry into Men's Doubles. ITF informed us that this cannot be done at this stage because of various reasons and rules. Even if it is done, the pair would still not qualify."

"Rohan with Sumit would be at third alternate pair."

Questioning Bopanna's accusations, the AITA statement further read: "Is Rohan Bopanna suggesting that we should have entered his name with Sumit Nagal one month ago when Sumit's ranking was in the 140s and Divij was at 78. The comment by Rohan Bopanna, who is a senior player is due to lack of knowledge and without understanding the facts, rules of ITF and is unwarranted and totally misleading.

AITA just confirmed that despite receiving the message from ITF, the entry of Sumit & me cannot be considered. Why did they still mislead everyone that Sumit Nagal & myself still had a chance and mislead everyone.
Thank you AITA for clarification for exactly what I said.
. pic.twitter.com/uNou5Q26P7

"Even the comments of Sania Mirza are most inappropriate. The ranking of Rohan with Divij or Sumit Nagal were not good enough for qualification. So how did we lose an opportunity to win medals either in men's doubles or mixed doubles," AITA said.

"This tweet and statement of Mr. Bopanna is condemned unequivocally."

Twitter comments by Rohan Bopanna and then Sania Mirza are inappropriate, misleading and without knowledge: they should have checked the rule book of ITF regarding qualifications.
- Anil Dhupar, Hon. Secretary General, AITA

However, it looks like AITA had discussed with ITA for the matter as ITA accepted the qualification of Rohan Bopanna and Sumit Nagal for the men's doubles in Tokyo Olympics.

AITA had put in all of their efforts for making entry into the Men’s Doubles draw for #Tokyo2020 pic.twitter.com/Jc6Wb4t3TT