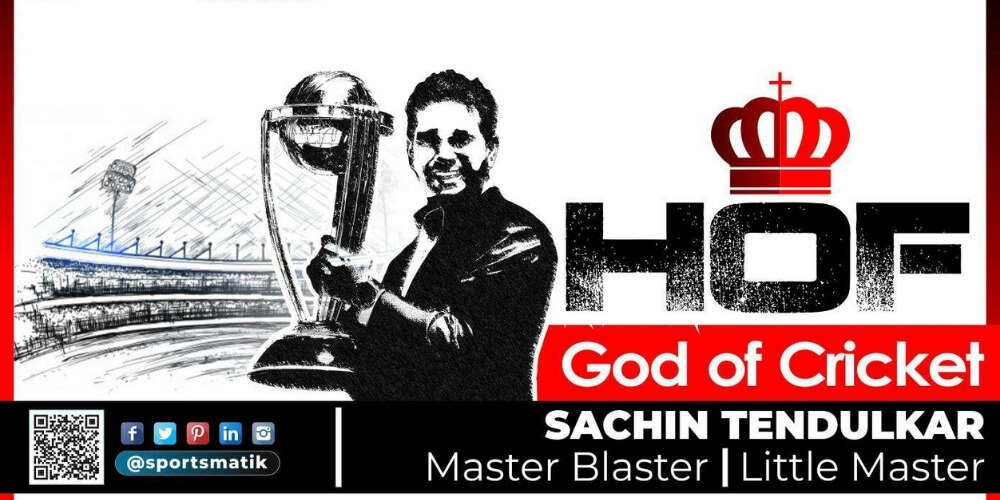 With no surprise, the moment finally came when ICC announced the induction of the God of Indian Cricket - Sachin Tendulkar into their prestigious Hall of Fame.

Master Blaster is not only the most prolific batsman of international cricket history but also one of the most adorable players; who have set an example of sportsmanship in front of the world with their cricket journey.

The End of an Era

The journey of fame began back in 1988 when Sachin along with his partner and former cricketer Vinod Kambli made a record 664-run partnership for Shardashram Vidya Mandir against St. Xavier's in the Harris Shield and has a never-ending path with his unforgettable 200 Tests, 15,921 runs, and 51 record centuries and 18,426 ODI runs in 463 matches with 49 tons.

Sachin shared the honor of getting inducted into the ICC Hall of Fame along with the South African pace legend Allan Donald and Australian woman cricketer Cathryn Fitzpatrick.

On a memorable day, the Maestro stated, "It is an honor to be inducted into the ICC Cricket Hall of Fame, which cherishes the contribution of cricketers over generations. They have all contributed to the growth and popularity of the game and I am happy to have done my bit..."

Feeling grateful to the support that he had from his family and guides, he added, "On this occasion, I would like to thank all of those who were by my side over a long international career. My parents, brother Ajit and wife Anjali have been pillars of strength while I was lucky to have someone like coach Ramakant Achrekar as an early guide and mentor..."

Last year, "The Wall" of the Indian Cricket Team Rahul Dravid was inducted into the ICC Hall of Fame. And, we all were eagerly waiting for Sachin to be honored on the prestigious stage and he was bestowed with what he rightly deserves just after gets eligible for the induction.