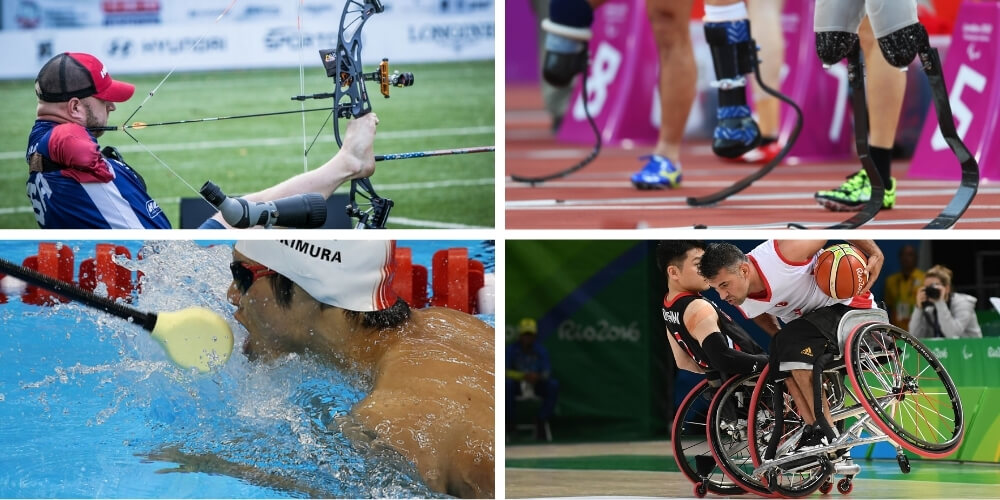 Technological change has influenced Para sports over the years and the way they are played, especially the Paralympic Games.

It can be "low-tech" or highly advanced. Assistive technology has also become more specialized, with tailored equipment to individual athletes and its uses. There are a few examples of how technology is being used in Para Sports.

Para badminton made its debut at the 2020 Tokyo Paralympics, and it was worth watching as India won medals in such sport. Like standing badminton, wheelchair athletes must deliver long and short, fast and slow pulling and pushing, as well as stopping and recovery techniques. The wheelchair has a backrest and added caster wheels at the rear, allowing the player to move freely, twisting or tilting backwards without tipping over.  This means they can fight back and continue the rally, competing to get the winning shot.

Assistive devices are permitted in archery, including a release brace. It is placed on the archer's back, hinged on to a brace and tied to the upper body. A manual trigger mechanism or other hinges have been added to help the archer release the arrow.

Amputee athletes use lightweight, flexible and compact prosthetics or running blades to replace calves and ankles. The J-shaped prosthesis is made of carbon fibre, which is a strong, lightweight material that can help athletes take a step forward, whether in sprints, vertical lifts or long jumps.

Rugby wheelchairs are designed to withstand impacts and crashes. They are made of aluminium or titanium and can be equipped with the fifth or sixth wheel according to the athlete's impairment to improve stability and mobility. The offensive chairs have aluminium metal "wings" on the front wheel, and the defensive chairs have a grappling hook on the front of the chair to trap opponents.

Quick and durable, sturdy, and fast, the wheelchairs used in Wheelchair Rugby need to be able to withstand a lot of pressure and punishment in this fast and ferocious sport. #UnitedByEmotion #Tokyo2020 @IWRF pic.twitter.com/qtepIia0nA

Visually impaired swimmers have assistants called "Tappers", who use the "Tapping Device" to notify swimmers when they turn around or are about to approach the wall. The device is generally a pole with a soft end piece that is long enough to tap a swimmer on the head, shoulder, or back. Although these devices may be homemade - the standard device still does not exist - they all need to be IPC approved before use.

We’re tapping our way out of the heats and into the (last!) finals #ParaSwimming #Paralympics #Tokyo2020 @Paralympics @Tokyo2020 pic.twitter.com/jjMF4JfUCs

The Wheelchairs used in Basketball are customized according to the needs of athletes and their classification. For example, athletes with lesser mobility in their lower body will have "bucket seats" and a higher backrest to ensure stability. Athletes with more mobility may have another wheel in the back so that they can lean back as much as possible to fire their shots.

The chairs are also taller than racing wheelchairs (athletics) and have a larger pushing rim (60-68 cm in diameter). This means that athletes need to be able to move quickly and change direction, and stop immediately. The basketball wheelchairs are also curved 20 degrees towards the ground for easier manoeuvrability.

There were two types of boats at the Tokyo 2020 Paralympic Games: The Kayak and The Va'a. The kayak is propelled by a double-blade paddle and is usually wider than standard sprint boats in order to provide some stability for athletes with lower limb impairment. Athletes can also modify the seat or cockpit interior depending on the degree of their impairment.

The 2020 Tokyo Paralympics have marked a historic moment with the addition of Va'a boats as part of the Paralympic Programme. Unlike kayak boats, the va'a boats (outrigger canoe) have a single-bladed paddle with a single pontoon as a supporting float. The va'a boat is longer than a kayak, and its length and minimum weight give it a lot of forwarding force.

#ParaCanoe Patrick O’Leary finished 4th in the KL3 semi-finals in a time of 42:203 which means he will compete in the KL3 B Final at 03:36am today ( time)#TeamIreland | #TheNextLevel pic.twitter.com/U4lDgH81Js