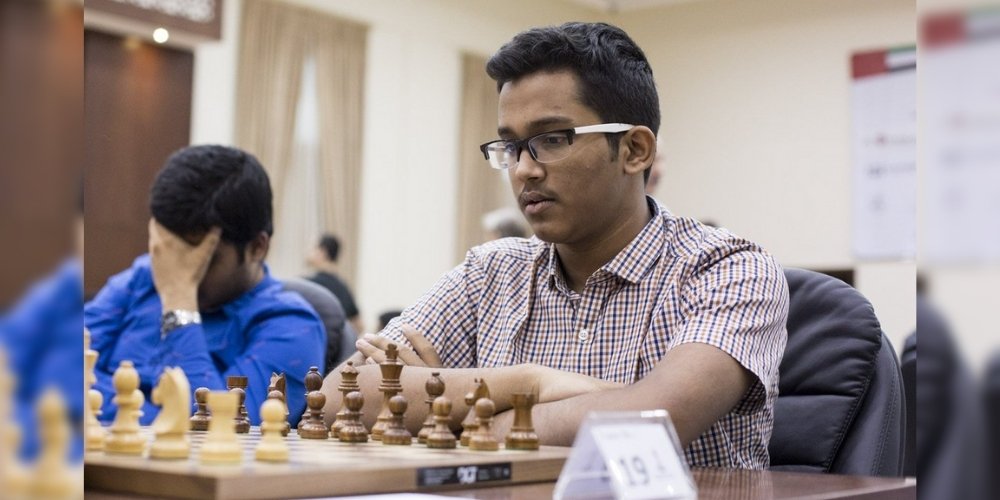 On Tuesday evening, Arjun Kalyan became the 68th Grandmaster of India. The 18-year-old from Chennai crossed the 2500 ELO mark after defeating Dragan Kosic in the 5th round of the ongoing GM Round Robin “Rujna Zora-3” tournament in Serbia.

Arjun came close to becoming a grandmaster at the previous tournament last week, but his nerves got the better of him.

“I needed a victory in the penultimate round of the tournament. Even though I was in a good position, I made a mistake and lost that game. I thought it would take longer to become a grandmaster. Fortunately, I did a good job of getting rid of the monkey from my back,” said Arjun to TOI.

He departed for Serbia on April 1 to take part in three side over-the-board events. “Winning my first over-the-board competition in last 12 months boosted my confidence. I finished joint first in the second event, and this tournament also went according to plan,” said Arjun, who learned the techniques of the sport from AL Kasi at the T Nagar Chess Academy.

Arjun took a break from Chess in January last year. Arjun had suffered an eye injury while playing badminton during the board exams.

“I injured my left eye, and I also had to undergo surgery. But I was happy that I didn’t miss the exams,” said Arjun, who wrote the exam papers with only vision in his right eye and scored 95%. He is studying for an undergraduate degree at SRM College.

Arjun’s father, Saravana Prakash, who owns a hotel in Chennai, felt his son never lost hope despite having previously failed to comply with GM norms.

“Be it chess or study, Arjun always tried to give his best. Becoming a GM is only the first step as the real test is about to begin now,” said his father. Arjun’s mother, M. Vinu, was a national athlete in 200 meters.