Story of Courage and Determination: All about Para-Badminton player Sukant Kadam 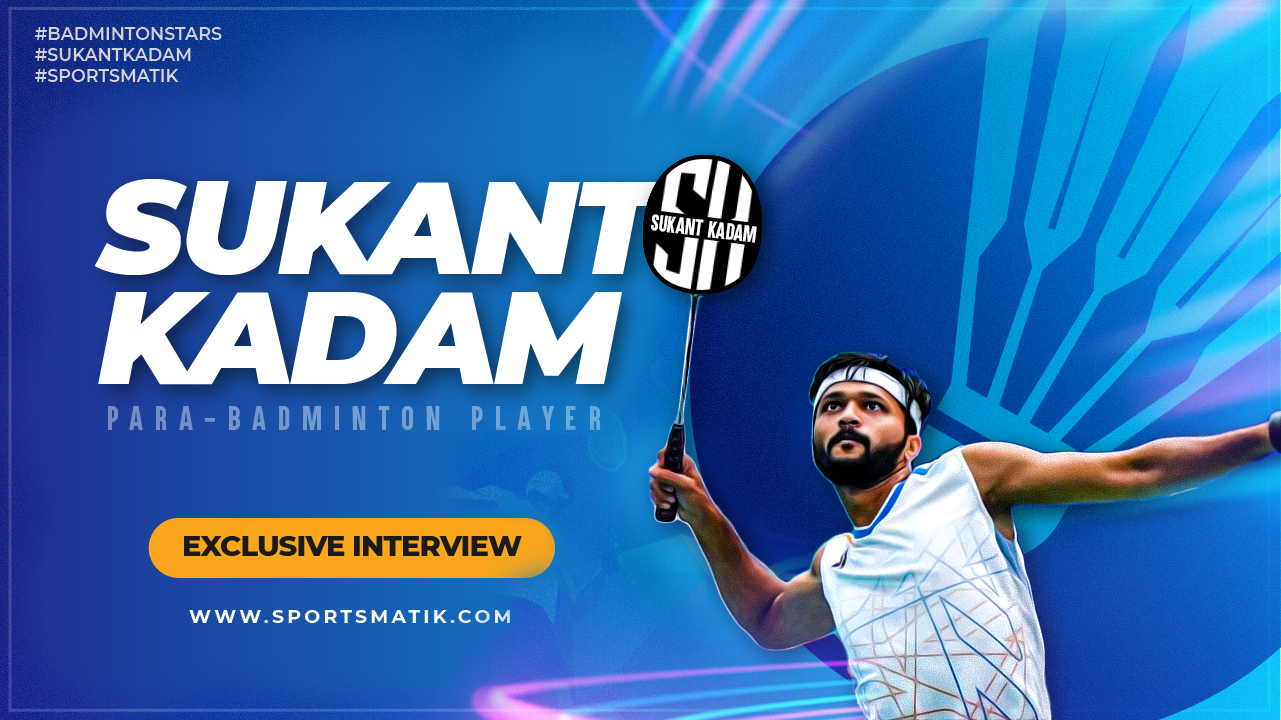 It is said that life does not give everyone a second chance, but for those who know how to fight and have courage, no one can stop them from achieving their dreams. From a heart-breaking rejection to a golden podium finish, life has certainly come a long way for Sukant Kadam, a professional Para-badminton player representing India at the international level.

Sukant Kadam, originally from Sangli in Maharashtra, was fond of cricket as a child. He was only ten years old and used to play cricket with his friends when he fell and injured his left leg on the field. Sukant ignored the injury and hid it from his parents. Unfortunately, the infection spread and his injury became severe.

Several surgeries followed this, and Sukant slowly recovered. However, he could no longer bend his left knee. For the next several years, at his parents' insistence, Sukant decided to focus solely on his studies, but destiny had already decided something for him. Para-badminton brought new hope for Sukant. He faced many obstacles, ups and downs, and lack of support, but faced them with unprecedented strength. He started his badminton career at the age of 18 and then became World number #2 in just five years. Around 2012, Sukant began practising professional Para-badminton.

He first appeared at a multisport tournament in India organized by the Rotary Club. The gold medal at this event significantly boosted his morale. He realized that he was destined to do great things and focus on preparing for the nationals. The real turning point in his life came when he joined the Nikhil Kanetkar Badminton Academy in Pune, and he never looked back since.

An Overlook on his Major Career Achievements: 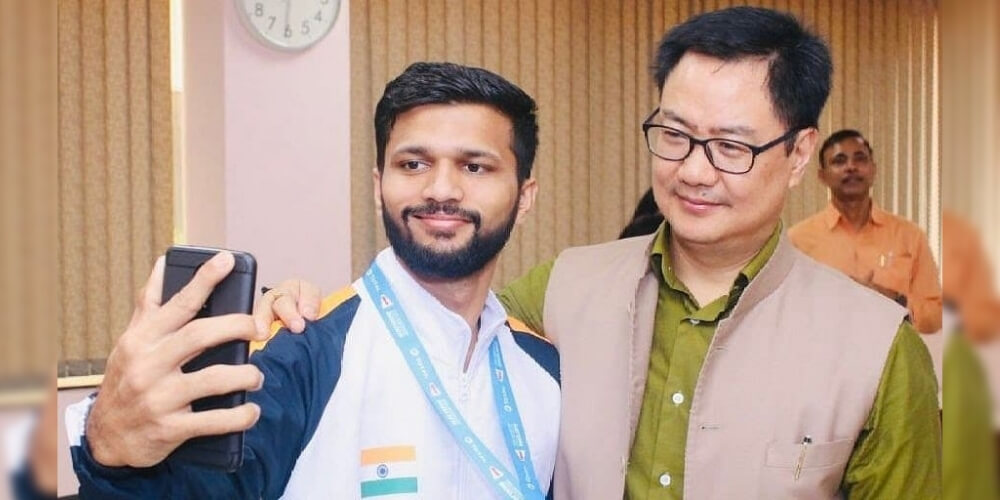 Para-Badminton player Sukant Kadam has an inspiring and motivating story. Here's how Sukant defined his life journey to Sportsmatik -

Where did you come to know about Para-Badminton sport? And how did you enter in it?

Due to your slow movement and left leg disability, you were dismissed from the college team. At that time how did you manage yourself and how did you get the courage to move forward?

After being dismissed from the college team, I became very disappointed because I played well but was not selected in the college team. After this, I convinced myself that if they do not understand my better performance, I will have to perform best. After that, I worked harder, and within a year, defeated every single badminton player in my college. Thus I became the best badminton player in my college and eventually the captain of my college team. Similarly, I had myself motivated to perform well ahead. 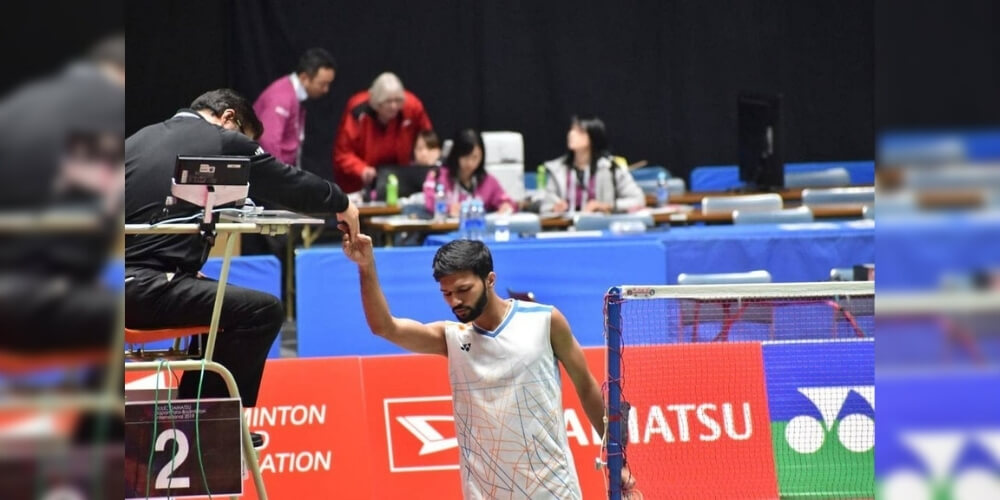 How did you get the chance to play in the All India Multi-Sports Tournament which was organized by the Rotary Club?

When I came to know about Para-sports in 2012, I started calling everyone and asked them how to proceed in Para-sports tournaments. After that, I came to know about the Rotary Club, which organized an open entry classification tournament where all the new players were playing. Like everyone, I also participated in this tournament and won it. After this victory, I was very confident that yes, I can now move forward in Para-badminton and perform very well. I would like to emphasize that this opportunity proved to be very valuable to me.

Which was your first International tour and how was the experience? What challenges have you faced outside of India?

In 2014, I played my first international tournament in England. Speaking of the challenges, I had to face a lot of difficulties before going to the tournament. As I only played National, even my name was not very famous at that time, because of which I was less likely to get that exposure. I was selected for two tournaments, Indonesia Open and England Open, but I did not participate in Indonesia Open due to fund issues. But I had good luck in the England Open tournament as I was given the fund for this international tournament by the Himalayan Trust. When I went there, I found that the temperature was relatively low, and even my playing category had changed. So initially, I had some difficulties, but then I decided to accept this challenge and took it positively. Although I lost in the tournament's quarter-finals, I learned a lot of things during this tournament that one can only learn by playing internationals. 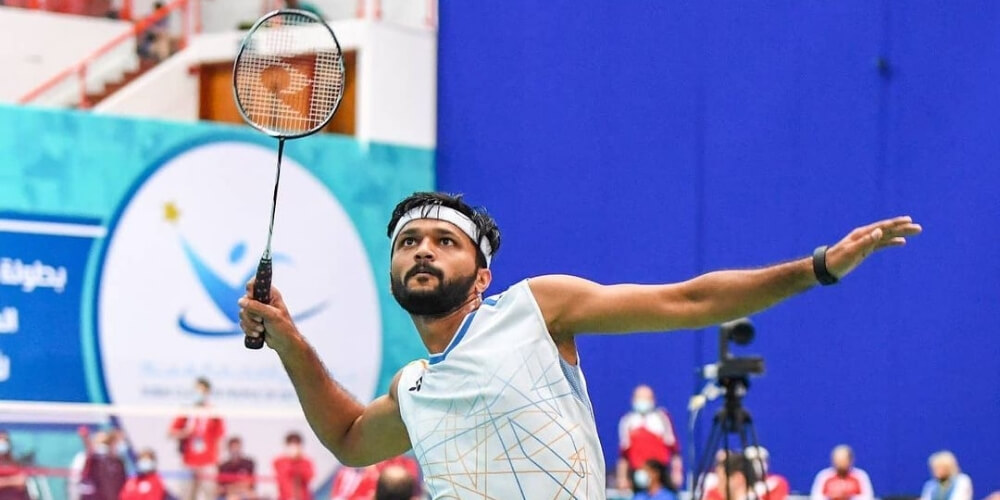 How did you get the chance to play at Nikhil Kanetkar Badminton Academy in 2015? How did it affect your badminton career?

I played my first international tour in 2014, as I mentioned. But the year 2015 was completely different and challenging for me as that was the last year of my engineering, and the World Championships were to be held. When the trials for that tournament were to be held that year, I had my exam simultaneously. I was convinced that I would play in the trials, but my family asked me to concentrate on the exams first and complete the engineering; then after focus on badminton. For this reason, I did not participate in the 2015 World Championships. After that, I approached Nikhil Kanetkar and told him that I could play really well; all I need is a chance. He asked me to first clear engineering and then join him and practice in his academy. I asked him to allow me to train young talents because I did not want to depend on my family after engineering. Nikhil Kanetkar was the one who told me that I have the ability to play in the Paralympics as well. From that day onwards, I never looked back and started dreaming big.

You won the Bronze medal at the 2016 Ireland Para-Badminton Championships and the Asian Championships. How tough was the battle at such big stages?

I defeated World No. 5 in the Ireland tournament but did not have any rank of my own that time, so it was a big achievement for me. From 2014 to 2016, I did not participate in any tournament and just focused on training; that training turned out to be very effective for me. Before I went to play in this tournament, Nikhil sir told me that if I win a single medal in this tournament, he will sponsor me in another tournament. Talking about the Asian Championship; it was a great opportunity for me because it was the first time I represented India in such a big tournament. When I started playing in this tournament, I was nervous, but my confidence grew quite high when I passed the pre-test, and reached the semifinals very easily. When I played in the semifinals, I lost, although the match was close. The most important thing I learned from this tournament was that the time of execution is most important despite so much training and practice. Because even if you train a lot, if under pressure your execution is weak, everything will be wasted.

How was the experience of winning bronze in the team event at the Asian Para Games 2018?

It was one of the best moments of my overall career as I won the team event's medal. Badminton is an individual sport, but it was the first time I played in a team. All the Indians present there were cheering us so it was a truly memorable moment. It was a big accomplishment for me to represent my country at the Asian Games and win the team medal because, in Asian Games, there is a medal count for the country. And from all the sports, badminton was the first sport in which India won a team event medal, so it was really the best moment for me. 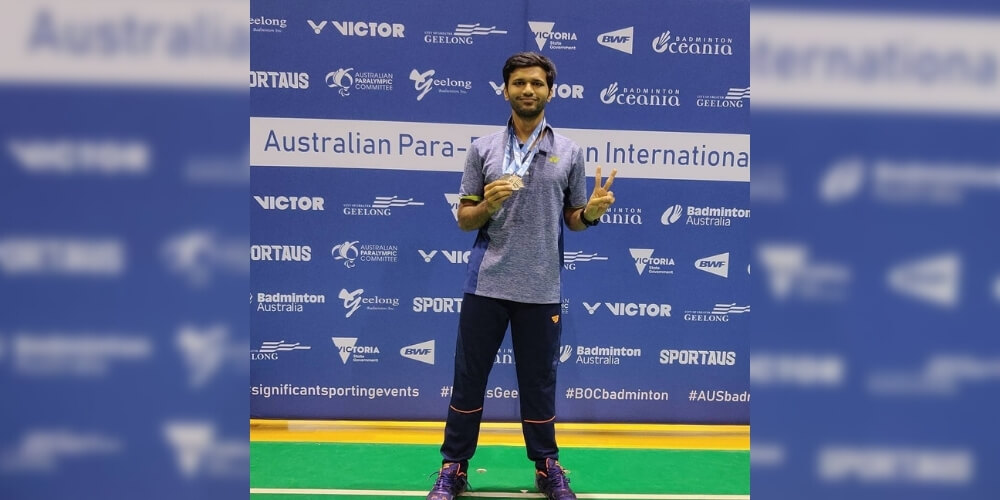 You also had a great performance at Para-Badminton World Championship 2019. How does it feel to win medals for the country?

In 2017, you were ranked World number #2. How many difficulties did you face to reach there?

I worked really hard to reach that stage. As I said that I had beaten the world number 5 in the Ireland tournament in 2016, I got a feeling that if I can defeat a player of such level, then I can definitely reach the top 5 world rankings. I discussed this with my coach; he explained to me what has to be done to get into the top world rankings, how we can score more points, and what strategy should be opted while playing. I followed all these important things and performed well in 5-6 tournaments, won the gold medals in some tournaments, bronze in some, and in the process, I became world number 2 for the first time in 2017. And since 2017, I had maintained my world ranking in the top 5 only.

According to you, what should be the most important strategy while playing at the national and international level?

The only strategy you need while playing at the national and international level is to be physically and mentally strong. These are the two main factors that any individual needs to work upon, no matter which sport they belong to. If I talk about badminton, there are some skills which one needs to master. If you learn those skills, you should also know where to apply them. As players, we analyze parts as to why we are having difficulty playing against a particular player or how to deal with the opponent's shots, etc. These are the things that can make you more efficient and help you upgrade your game. 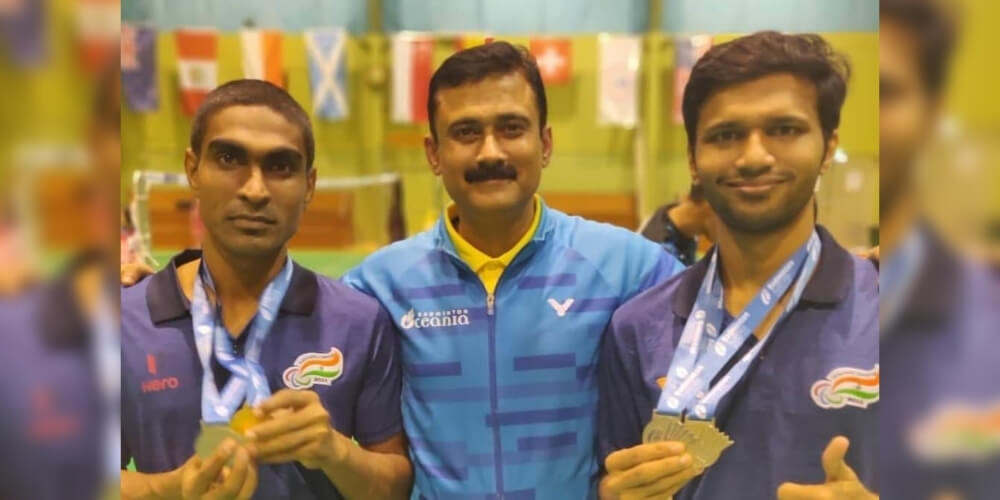 I don't have any specific role model, but I am inspired by Lin Dan and Lee Chong Wei's rivalry. Their story shows that losing and winning doesn't matter in sports; it's just that we should keep developing our game and keep moving forward. Talking about Para badminton, I have a good bond with Pramod Bhagat because he always guides me in upgrading my game. Pramod himself has experienced about 15-16 years of Para badminton, which is a huge accomplishment. He always supports and motivates me, and so whoever motivates me, I consider them as my role model.

What would Sukant Kadam be if not an athlete?

If I was not an athlete today, I would have worked in a corporate company and lived a normal life. But if that was the case, I would not be able to get that career satisfaction in my life. I have gained a lot from this sports career and have always been very inspired. I believe that if you pursue something that makes you happy, you can do wonders in your life. My dream was always to make a career in sports and badminton was most suitable for me.

I believe everybody knows about famous players, but many other players are also doing well at the state and national level. However, they do not get much recognition which they actually deserve. Even though many Para-badminton players are performing consistently well, they do not have so much knowledge about social media and that's why they lack in making a name for themselves. If they get even a bit of recognition through Sportsmatik, it would be an excellent initiative by the team.

The Sportsmatik community applauds Sukant Kadam who has made everyone believe that you can overcome any obstacle if you have strong will power!

Sukant Kadam is now a part of Sportsmatik. Checkout his profile at the link given below -​