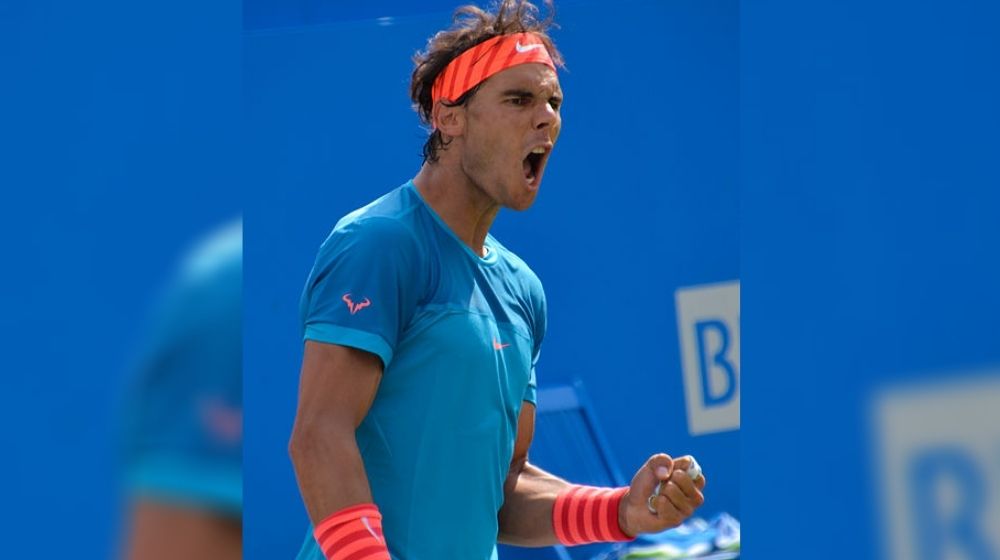 The world No. 2 Rafael Nadal maintained the hopes to claim his first ATP Finals title as he advanced to the ongoing ATP Finals semi-finals after defeating defending champion Stefanos Tsitsipas.

On Thursday, Nadal defeated Tsitsipas 6-4, 4-6, 6-2 in 2 hours and 5 minutes to advance to his sixth semi-final appearance of the event, aiming for his maiden victory in the year-end championship. The Spaniard set a 2-1 record to claim second place in Group London 2020 after Dominic Thiem.

Both players were firm on the serve until Nadal scored the first two breakpoints of the set in Game 7. In his next service game, Tsitsipas was again under pressure, and this time he committed a double-fault at a breakpoint.

Nadal pushed his advantage and served consecutive aces to take set 6-4 against his 22-year-old opponent.

"To be in the semi-finals here, in the last tournament of the year, is an important thing. I am happy for that, and I am looking forward to the semi-finals against Daniil," Nadal said as per the official ATP Tour website.