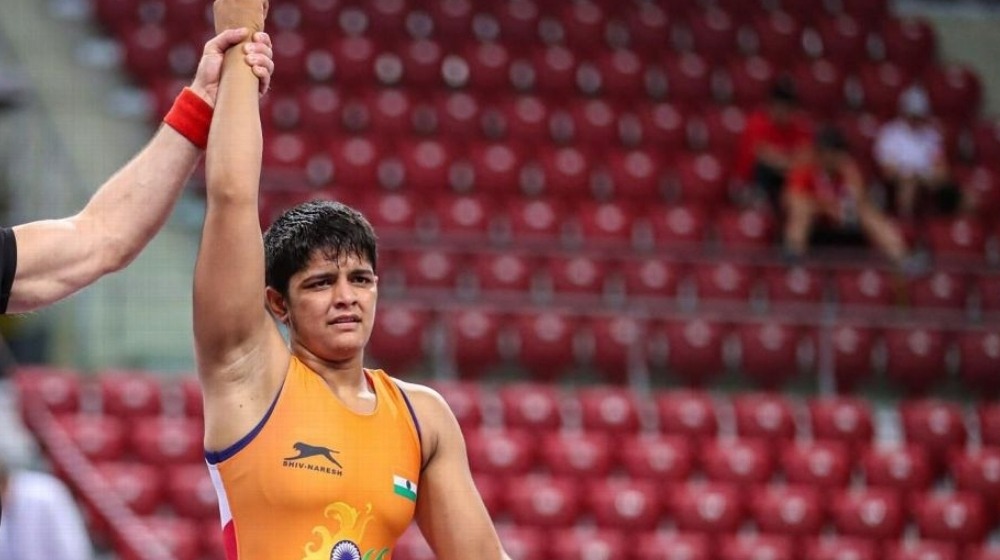 Sonam Malik continued to maintain her dominance over Olympian Sakshi Malik as she recorded her third victory in multiple matches at the latter to stamp her authority at 62kg and move closer to the Olympic dream on the first day of the 23rd Women’s National Wrestling Championship.

This was Sonam’s third win over the senior professional in the same number of matches since last year, proving that the previous ones were not a fluke and signified the baton’s passing, as it were.

Sonam first caused a flutter when she defeated Sakshi in last year’s selection trials for the Rome Ranking Series and Asian Championship.

She then pinned Sakshi in the Olympic Qualifiers’ selection trials in February 2020 before the latter was postponed. Always off to a slow start, Sonam defeated Manisha 3-2 in the quarterfinals, thrashed Bhagyashree 11-0 in the semi-finals and was in his elements when she took the final seat.

While Sakshi scored the first points, Sonam played the waiting game before going on the attack, relying on a stronger defence that she had worked on in recent months. The victory secures a place for Sonam in the Rome Rankings event and will make her favourite in the selection trials for the Olympic qualifiers in March.