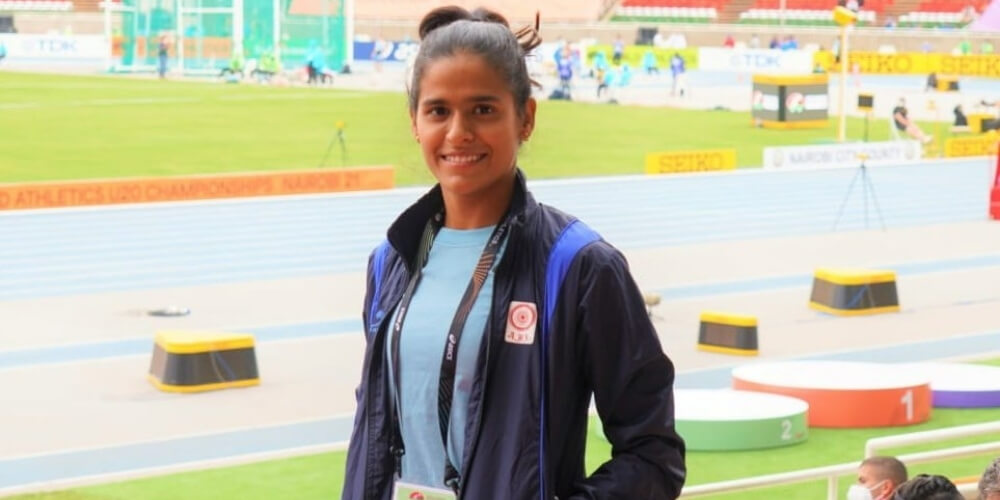 The up-and-coming long jumper Shaili Singh lived up to expectations as she advanced to the final after leading the qualifying round in the Women's Long Jump event with a 6.40m effort at the U-20 World Athletics Championships, Nairobi on Friday.

The 17-year-old Shaili is considered one of the brightest rising stars of Indian Athletics. After starting with 6.34 meters in Group B, she achieved the best result of the day in the third and final jump. Her second jump reached 5.98 meters.

That is #ShailiSingh for you landing at 6.40m distance from the board & earning auto Q for Sunday's final of #WorldAthleticsU20

She was one of the three long jumpers who were automatically qualified, set at 6.35m, and entered the final. She could have been rated on the strength of her opening effort of 6,34 meters but decided to strain all her sinew (muscles) in her last attempt to gain a psychological advantage ahead of Sunday's finals.

Shaili is believed to have a chance to win a medal, but it is expected that the final will be a challenging game with some of the best players in the world going to compete. Shaili, who won the long jump with 6.48m efforts at the National Senior Interstate Championship in June, is currently U-18 World No. 2 and U-20 national record holder.