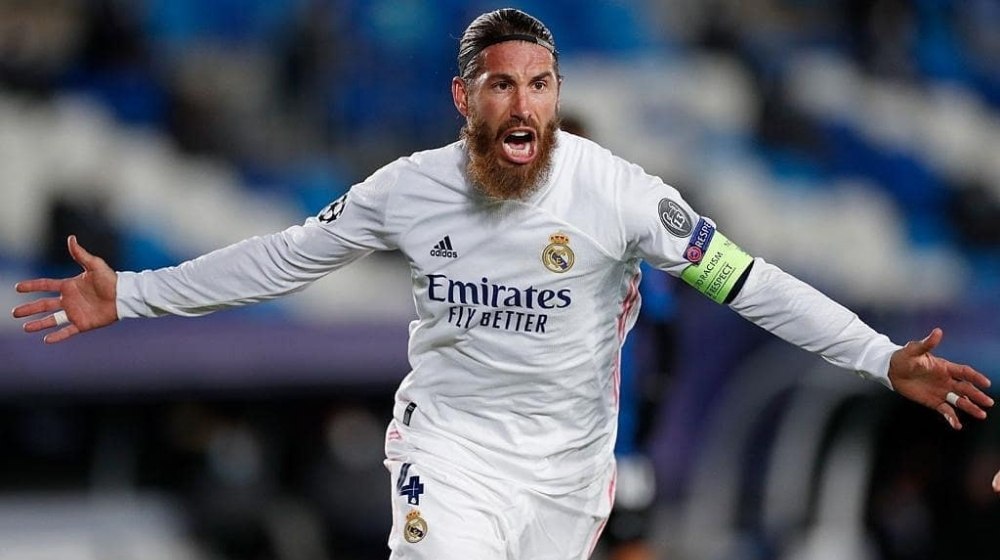 Real Madrid's captain Sergio Ramos became a centurion of goals on Tuesday. He once again proved his reputation as one of the deadliest defenders in football history in terms of goals. He scored 100 competitive goals for his club, Real Madrid. He achieved this figure in 659 appearances and his strike rate of goals is relatively high with a goal just over every six games. These goals include strikes in two Champions League finals, both against Atletico Madrid, which has proven crucial in delivering the trophy to Blancos, and countless vital efforts throughout his brilliant career.

Sergio Ramos' header gave Real Madrid a 2-0 lead over Inter Milan as they finally won 3-2 for their first Champions League victory of the season. Karim Benzema and Sergio Ramos had overtaken the hosts and took the lead, but Inter's Lautaro Martínez made it 2-1 before the half-time and assisted Ivan Perišić equalizing in the 68th minute. Ramos went ahead with a header from a corner kick on the 33rd minute, and Inter approached two minutes later with Martínez after a clean pass from Nicolo Barella inside the area.

Ramos, who won 22 trophies including four titles in Europe's flagship club competition with Real, scored a trademark header from the Toni Kroos corner to lead with 2-0 before Inter tied to force a climax in the game. Brazilian substitute Rodrygo then scored a late winning goal to give Real their first Group B victory after a surprising 3-2 home loss to Shakhtar Donetsk and a 2-2 draw against leader Borussia Mönchengladbach.

Including the goals which he scored before his move from Sevilla and the goals of the Spanish national team, Sergio's total count has risen to 128, making him among the highest-scoring defenders in the history of the game.