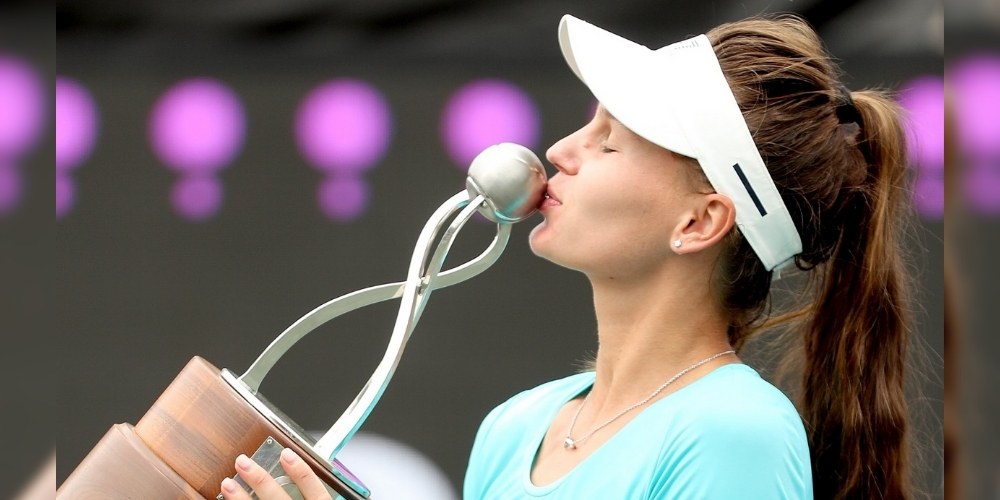 Fifteenth-seeded Kudermetova dominated early on to claim a 6-4, 6-2 victory over Kovinic.

The 23-year-old from Kazan defeated Kovinic in the seventh game of the second set, going 5-2 ahead, and then held on confidently and won the victory in 1 hour and 36 minutes.

"I feel so happy, amazing," Kudermetova said afterwards. "I had a lot of ups and downs, and now I'm here with the trophy," added the Russian, who did not lose a set all week in Charleston.

Kudermetova's victory in Charleston came after a tournament in which nine of the top 10 seeds dropped out before the quarterfinals on Friday, while world number #1 Ashleigh Barty exited from the last eight.

After an exceptional week of tennis, new #Charleston champions were crowned. Watch how it all went down on Sunday finals in our highlights video.