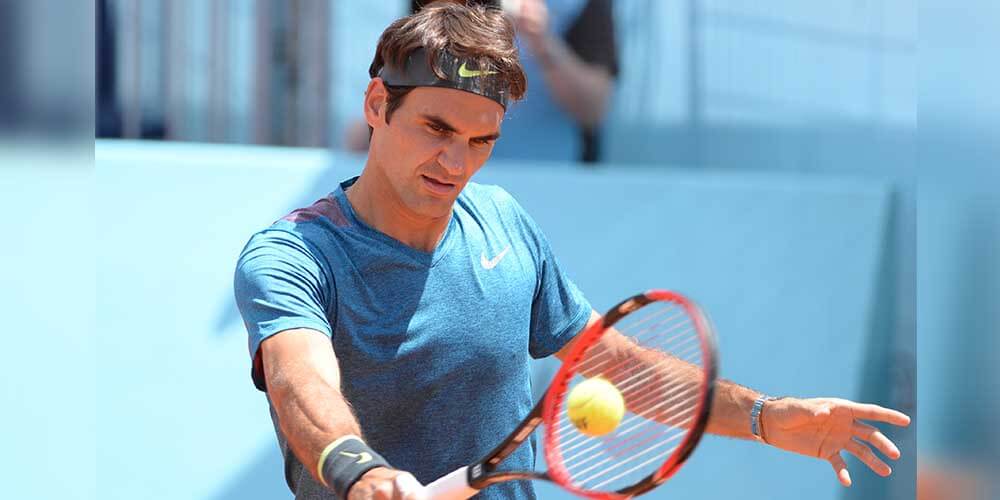 In his very first appearance, after 405 days following from the 2020 Australian Open, Roger Federer marked a winning return at the Qatar Open in Doha to the ATP Tour on Wednesday.

The three-time Doha champion exhibited his combativeness during the match. Audiences saw the player defending a set point at 5/6 in the first-set tie-break. He concluded the match in the decider set with a late break at 6-5 and crushed Daniel Evans 7-6(8), 3-6, 7-5.

In an on-court interview, Roger Federer said, "It feels good to be back." He added, "I am happy to be standing here regardless of if I won or lost, but obviously winning feels better. It was a good match. Dan played a good match too. He has been a wonderful training partner as well."

"It has been a long and tough road for me. I enjoyed it though," said Roger Federer. "It has been a huge challenge of mine in my tennis career, and to come back at my age is not something that is very simple. I have had a wonderful team around myself that always supported me throughout. That made it much easier and it was worth it because I played a good match today."

Despite a partially filled court in Doha due to COVID-19 restrictions, Roger Federer received a warm welcome. The player graciously repaid local fans for their support with a stirring opening set, which was extended to a tie-breaker. He fired multiple forehand winners, including one at 5/6 to defend set point, and approached the net to rush his opponent. On Federer's third set point, he struck second cross-court backhand passing a shot of the tie-breaker to clinch the set.

In the second set's opening game, Evans played his attack to Federer's backhand and rushed to the net for saving a breakpoint. It was a crucial moment for Evans, as he forced Roger Federer into backhand errors after three games to earn the first break of the match. Evans kept his advantage intact for serving the set at 5-3 and showed no sign of nerves to claim four straight points.

After missing two break points at 3-3 in the decider, Federer applied scoreboard pressure to earn match point at 5-4. Two games later, Federer got hold of two more chances, and he took the first with a backhand winner down the line.