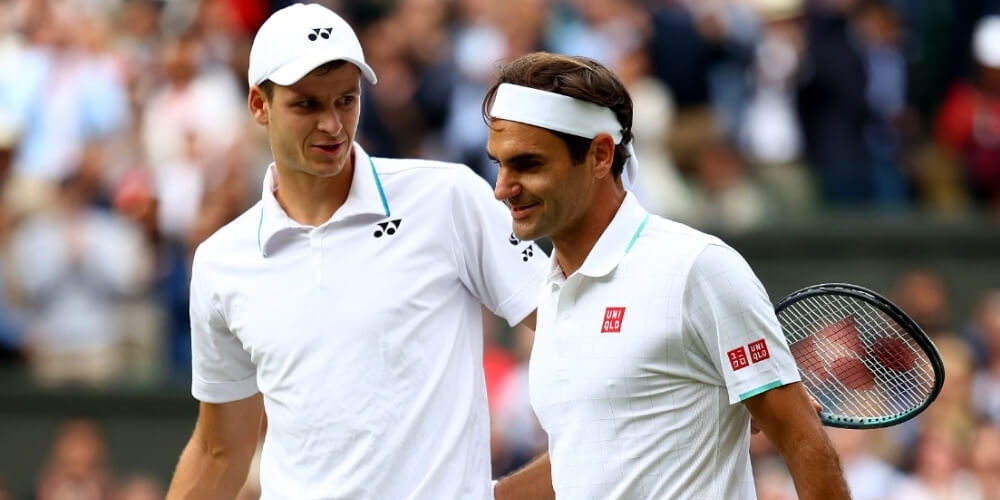 Roger Federer was knocked out of the Wimbledon quarterfinals by Polish player Hubert Hurkacz on Wednesday, which could potentially cast doubt on the Swiss legend’s career at the All England Club.

This is only the 14th defeat of the eight-time Wimbledon champion in 119 games, and it is also his first straight-set defeat since his defeat against Mario Ancic in the first round in 2002.

This was also the first time that Federer had lost a set 6-0 at Wimbledon. “It’s super special that I played Roger here; it’s a dream come true,” said Hubert Hurkacz, who celebrates his victory over Roger Federer.

“He did a lot of special things here.” The 24-year-old Hurkacz, who is ranked 18th in the world, has never surpassed the third round of the Grand Slam tournaments before this Wimbledon.

However, having defeated the world’s second-ranked Daniil Medvedev in five sets in the last 16, Hurkacz broke with the seemingly sluggish Federer in the sixth game of the first set. The Swiss star underwent two knee surgeries in 2020 and made a breakthrough 2-0 in the second set.

And they say to never meet your heroes…@HubertHurkacz knocks out his idol, eight-time champion Roger Federer, in straight sets to advance to his first Grand Slam semi-final#Wimbledon pic.twitter.com/Qri1uriPDF

Djokovic, who is chasing a record-equalling 20th Grand Slam title, won 6-3, 6-4, 6-4, and will face Canada’s Denis Shapovalov in the semifinal on Sunday.

It was Djokovic’s 100th grass-court victory of his career, and he entered the last four majors for the 41st time.

The Indian mixed duo of Sania Mirza and Rohan Bopanna was defeated by the 14th seeds Dutchman Jean-Julien Rojer and Slovenian Andreja Klepac 6-3, 3-6, 11-9, in a rain-interrupted third-round mixed doubles game.

The Indians, who were second in the decisive match, saved four of the five break points they faced. The Dutch-Slovenian pair performed well on their serves and did not face a breakpoint in the final set of the two-hour and seven-minute clash.