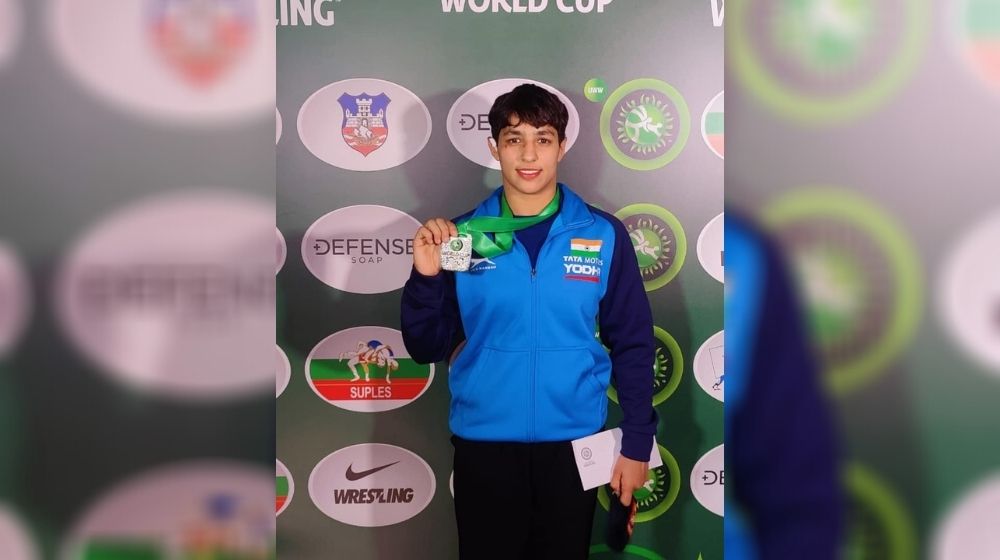 On the way to the final, Anshu defeated Azerbaijan's Alyona Kolesnik 4-2 in the qualifying round and then defeated Germany's Laura Mertens 3-1 in the quarterfinals. In the semi-final match, she outpowered Russia's Veronika Chumikova 7-4.

This was the third international competition that Anshu has participated in the senior level, and she has clinched a medal in each of those competitions. She made her senior debut at the Matteo Pellicone Memorial meet in Rome earlier this year, where she reached to the finals and won the silver medal. She continued her form and won the bronze medal at the Asian Wrestling Championships in Delhi.

The 57kg class is an Olympic category in which India has not yet obtained the quota for the Tokyo Olympics. It is expected that Anshu will fight for this place for the Indian team to participate in the Olympic qualifiers next year and compete with former World Championships bronze medalist Pooja Dhanda.