Real Madrid claimed their victory over Osasuna in La Liga, Barcelona still has the chance 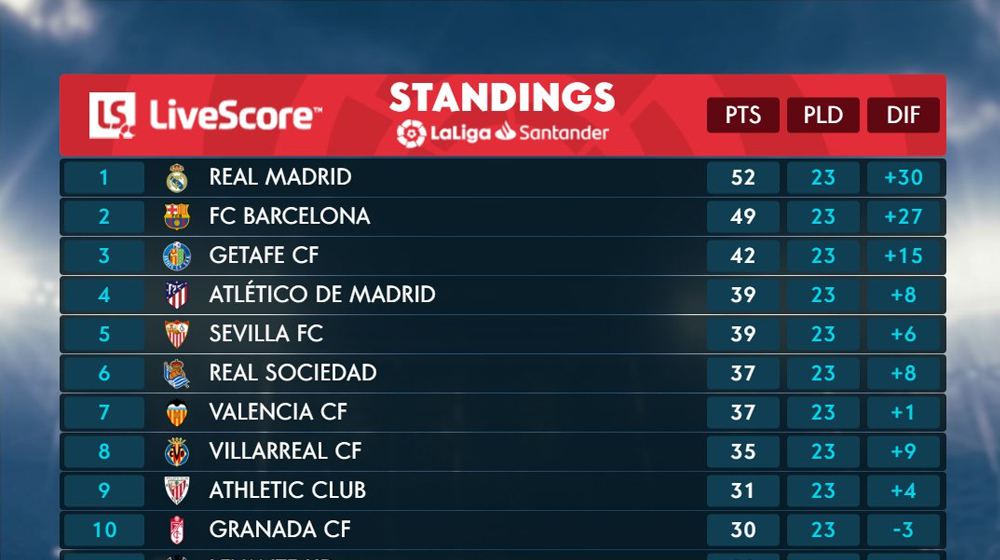 Three points still separate the leaders of the La Liga League, Real Madrid on top and Barcelona stand on second place after week 23 of the 2019-20 season. Real Madrid recorded their fifth consecutive victory in the 2019-20 season of La Liga with a 4-1 victory over Osasuna. Unai Nunez scored a goal for Osasuna earlier, before Madrid levelled through Isco and Sergio Ramos, Luca Vázquez, and Luca Jovic and made a convincing comeback victory. The result led Madrid to a six-point lead at the top, but Barcelona reduced it to three points as they also returned 3-2 victory over Real Betis.

Real Madrid knew they had to win against Osasuna to build more pressure on a besieged Barcelona team, but things were not going to be planned when Unai Nunez gave the home team the lead in the 14th minute with a header from a corner. The visiting team levelled up shortly after when Gareth Bale and Karim Benzema were close to scoring, the volley was prepared for midfielder Isco to score.

Captain Sergio Ramos put his team Real Madrid's first goal five minutes later, placing them in the lead with a near-range header after a flick-on from Casemiro. At the same time, substitutes Lucas Vazquez and Luca Jovic enhanced the edge with a late strike. In the 84th minute, Vázquez replaces Gareth Bale and converts a Karim Benzema’s pass with a powerful header and two minutes at the time of detention, Luka Jovic added a fourth. Real Madrid tasted their first defeat since October in the defeat of Thursday's Cup 4-3 at home against Real Sociedad. But Zinedine Zidane, who is the current manager of Real Madrid, has called back many of his top performers to face Osasuna, who had only lost twice at home in the league in the last 22 months.

On the other hand, Lionel Messi did not score for Barcelona, but he worked three beautiful assists that led his team to a victory from behind as well. At the sixth minute of the game, Sergio Canales successfully converted a penalty after Clement Lenglet delivered the ball into the area, but the Catalans took only three minutes to draw. Frenkie de Jong caught a long pass from Messi in his chest before putting it in the net.

Real Betis made a superb counter-attack, which ended with a lead by Nabil Fekir, but Barcelona equalized it three minutes into the first half's stoppage time, when Sergio Busquets found his range when a free-kick from Messi fell directly towards him. Lenglet marked the final goal of the game, turning a beautiful corner from the Barcelona captain, although this was not the last play that unfolded. The last two scorers, Fekir and Lenglet, received their second yellow cards, as both teams narrowed down to 10 players.

Real Madrid’s Casemiro told reporters - "This was a typical game against Osasuna, we know how passionate their fans are and that they put you under real pressure. They went ahead early but we stayed calm and got the game back under control".

Barcelona coach Quique Setien told a news conference - "This is a hugely significant win for us because Betis are a great team and were being roared on by their fans at home. This is a very important victory because it keeps us near the top of the table and it will give us a huge psychological boost".