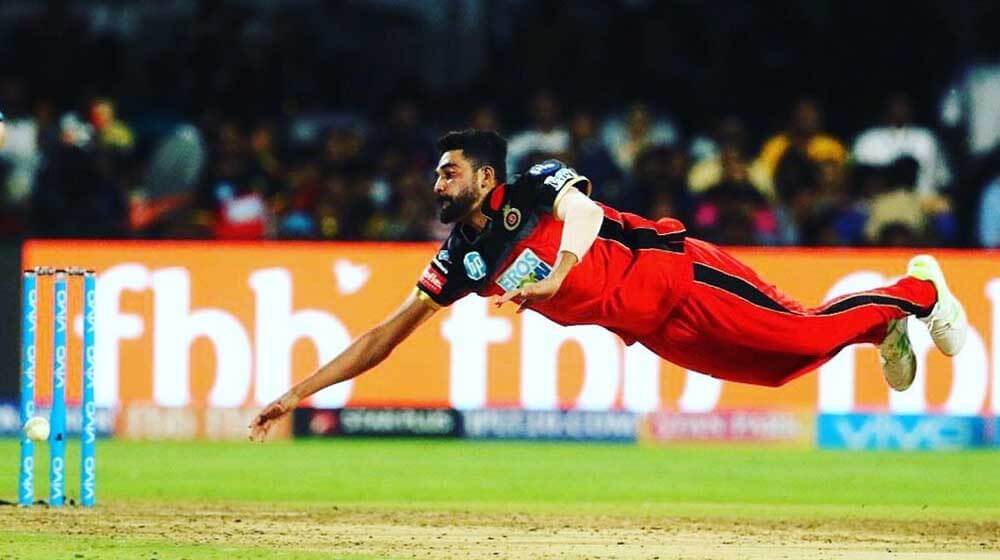 Virat Kohli gave chance to Mohammed Siraj in place of Gurkeerat Man Singh against Kolkata Knight Riders in yesterday's match, where Siraj proved his mettle. Mohammed Siraj was Royal Challengers Bangalore's most expensive bowler over the years, but his knack of wicket-taking helped him stay in the mix. Yesterday, Siraj repaid the confidence shown by Virat Kohli with a record-setting spell against KKR in Abu Dhabi.

Sharing the new ball with Chris Morris, Mohammad Siraj slammed Kolkata Knight Riders’ top-order with the ability to swing the ball in both ways. He bowled 2 maiden overs and took 3 wickets and became the first bowler in IPL history to bowl 2 maiden overs in a single match.

Mohammed Siraj got his first breakthrough for Royal Challengers Bangalore when he dismissed Rahul Tripathi with an amazing in-swinger. He was in a brilliant rhythm as he got the second wicket of in-form batsman Nitish Rana. Although, Siraj missed a hat-trick on that over but returned for his second over and took the wicket of Tom Banton. Siraj did not gave a single run in his first 13 balls and took 3 wickets for 2 runs in his 3 overs in the powerplay.