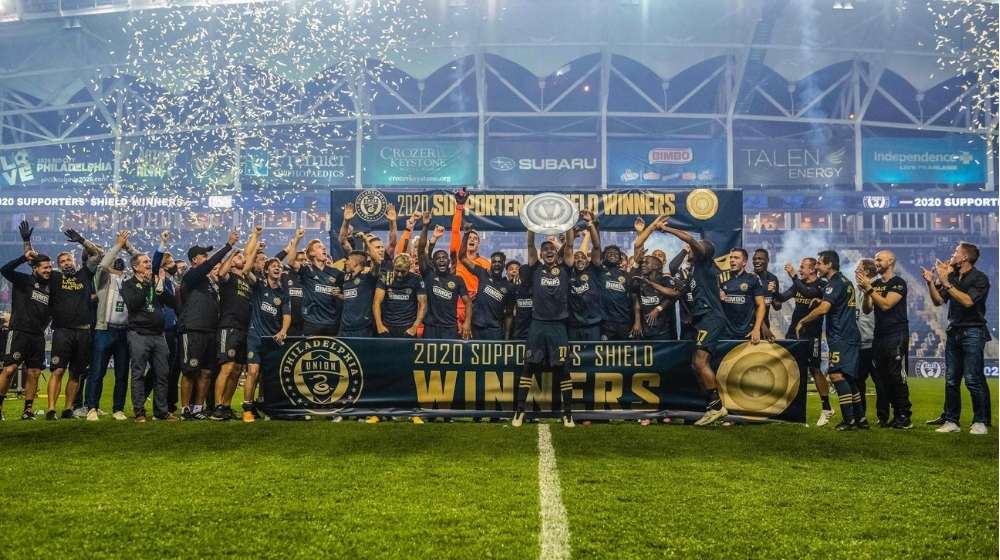 The Philadelphia Union claimed the Supporters' Shield and finished as the top seed for the Eastern Conference playoffs on the last day of the MLS regular season on Sunday. The goals from Union's side were scored by Sergio Santos and Cory Burke, beating New England 2-0 and gaining the club's first-ever Supporters' Shield and home-field advantage through the playoffs.

As with most of the game, Santos's 42nd-minute opener was surprising. Jakob Glesnes fired the ball from the top of an 18-yard box where Alejandro Bedoya headed off the crossbar, and the ball fell where Santos was standing on the 6-yard line.

Only Toronto and Philadelphia had the opportunity to claim the regular-season championship entering the final day of the season. However, the Union bagged all the tiebreakers with Toronto and fixed their position for the top. Despite losing 2-1 to the New York Red Bulls, Toronto ended up with the second seed in the East.

All seven games involving the Eastern Conference teams started at the same time, with a vast logjam appeared at the bottom of the leaderboard, and finally, the two expansion teams entered the playoffs.

Nashville had already claimed their postseason berth, but after scoring twice in the last few minutes and defeating Orlando City 3-2, there will be a home match in the play-in round. After Chicago lost to NYCFC 4-3, fellow expansion side Inter Miami defeated FC Cincinnati 2-1 to win the final playoff spot in the East.

One of these expansion sides is guaranteed to move forward with Nashville hosting Inter Miami. In another play-in-round match, 8th seed New England will host 9th seed Montreal. Impact defeated D.C. United 3-2 to win the spot for postseason.

Orlando City fell to fourth place in the final ranking after losing to Nashville and Columbus' 2-1 victory over Atlanta United. Orlando City will face 5th-seeded NYCFC in the opening round of the East Playoffs. Another Eastern Conference match is between 3rd-seed Columbus and 6th-seed New York Red Bulls.

All games in the Western Conference started at the same time later on Sunday. All eight playoff locations were locked up but the seeds were at stake. Sporting Kansas City, Portland and Seattle all had the opportunity to finish with the number one seed and home-field advantage through the West playoffs.