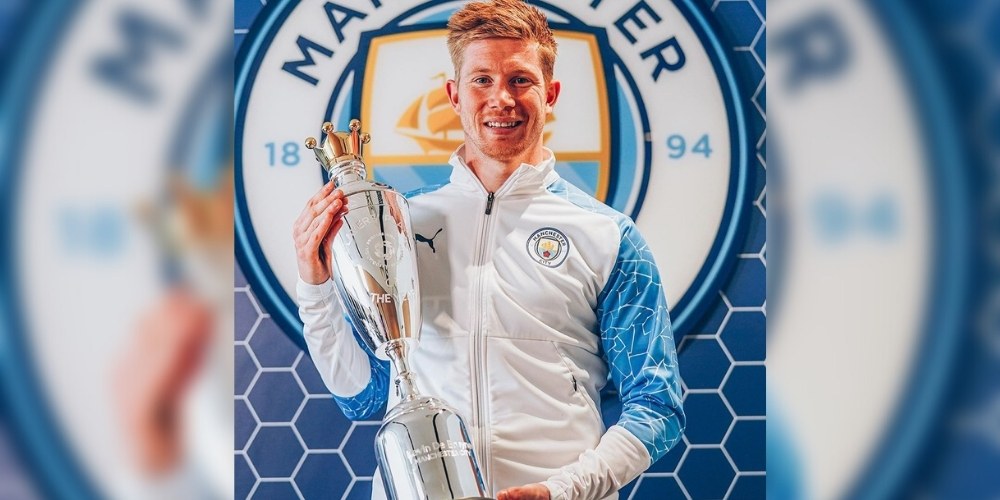 Manchester City’s midfielder Kevin De Bruyne was named PFA Men’s Player of the Year for the second year in a row.

29-year-old De Bruyne is only the third person to win an award voted on by fellow players in successive seasons.

“This is probably the most important individual trophy in the league,” said award winner De Bruyne.

“The fact that the players you compete for in every game are voting for you says a lot. These are the people who know the most about the game,” De Bruyne added.

However, 21-year-old Foden won the race for the young player, establishing himself as a regular starter as City won the Premier League. “I’m really honoured,” said the midfielder Foden.

The 27-year-old forward Kirby is only the second woman to be twice named Player of the Year, also receiving the award in 2018.

“I played like I love the game again, and that’s when you get the most out of me,” Kirby said.

For the third time, 20-year-old Lauren Hemp was named the women’s young player of the year.

“I just hope to keep improving because I know I’m not a finished product,” Hemp said.