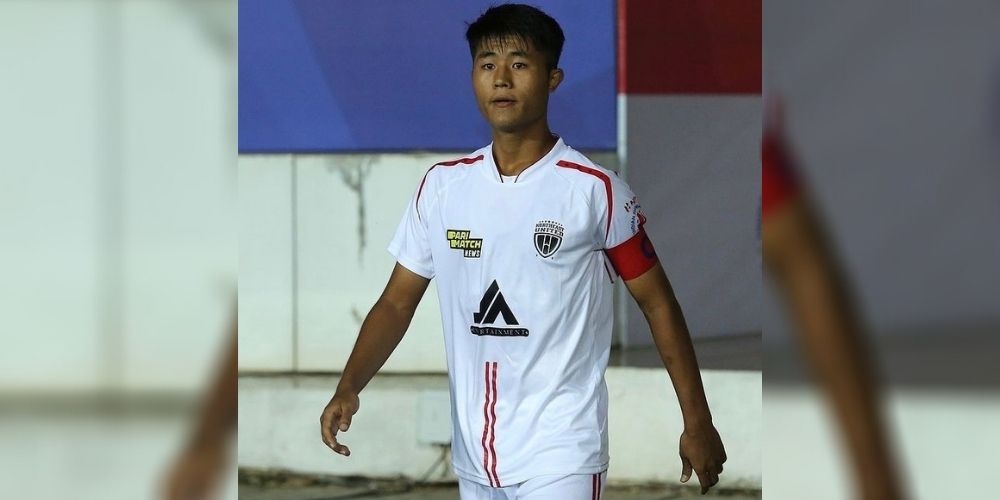 Lalengmawia, the central midfielder of NorthEast United FC, made history by becoming the youngest captain in Indian Super League (ISL) when he put the armband in the game against FC Goa on November 30.

The 20-year-old Lalengmawia, also known as Apuia among Indian fans, captained his team to 1-1 draw in the game against Goa on Monday. After the game, the young man received applause from head coach Gerard Nus.

Nus admitted that giving him the captain's armband was a sign of his trust in Lalengmawia.

"It is amazing to have one of the most talented Indian players with us. He has been part of the U-19 national team for India, and I am sure he will be in the first team sooner or later. Giving him the captaincy shows that he has my full trust," Nus stated after the game.

Born in Mizoram, Lalengmawia made a total of 11 appearances for Indian Arrows in 2018-19 I-League season with a goal in his bag. In the ISL 2019-20 season, he competed in the NorthEast United FC and quickly established himself as a starter, achieving a substantial pass accuracy of 80.45% in 10 games.