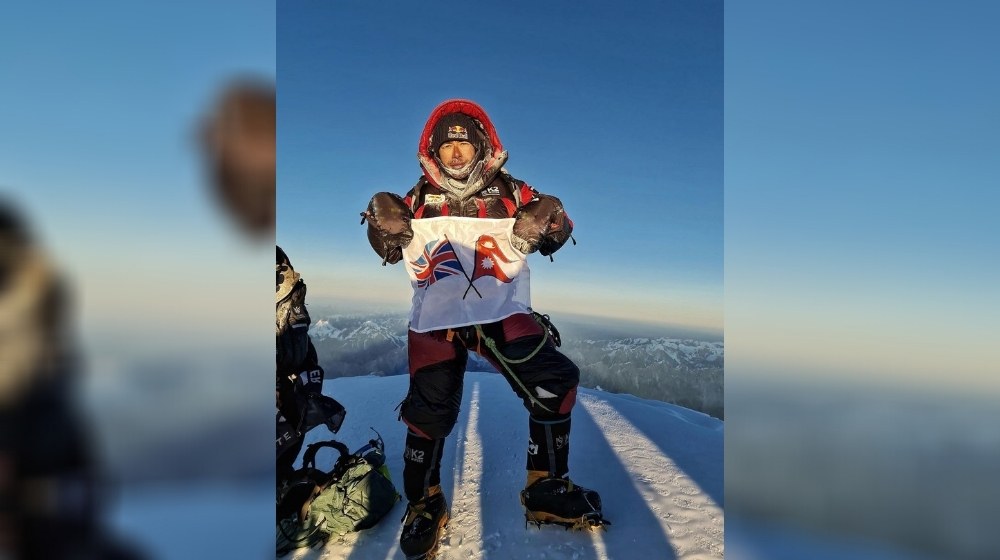 Nepalese mountaineer Nirmal Purja aka 'Nimsdai' became the first person to climb the world's second-highest mountain, K2, in the depths of winter.

Purja has once again accomplished the seemingly impossible after the former Gurkha and UK Special Boat Service soldier set an incredible new world record by reaching the top of K2 with a collaborative team in the depths of winter.

A summit previously thought impossible and known as the 'last great mountaineering challenge', Purja and his team officially became the first climbers to reach the summit in the winter at 5 pm local time on January 16, 2021.

Nirmal Purja posted on his official Instagram handle, "Leadership isn’t always about what you want. Building an inspiring vision is key. The decision to hit the summit was a tough one. It was one of the hardest push ever, no denial. There had been close calls where team members nearly turned around due to the extreme cold. But everyone was pushing themselves to the edge of their limits for a purpose; a common goal, to make the K2 winter happen, to make the last greatest mountaineering challenge happen, with positive power and honour,"

"Standing on the summit, witnessing to the sheer force of the extremities of mother nature was exhilarating. Thank you for the support we’ve received from people all around the globe; it gave us fire in our chest to make this goal a reality."

With a height of 8,611 m above sea level, K2 was the only peak in the world over 8,000 m that had never been climbed during winter. In fact, due to inclement weather conditions, many considered it an impossible task.