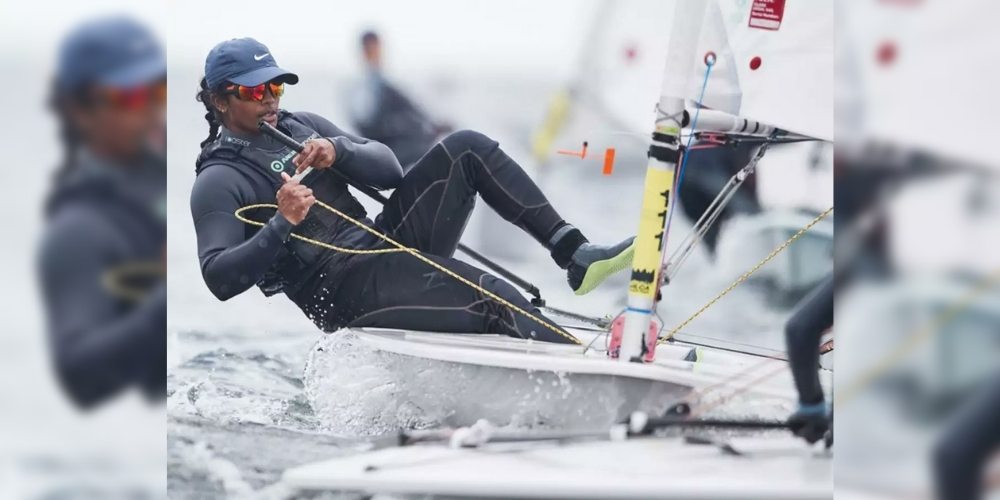 Nethra Kumanan of Chennai has made history by becoming the first Indian woman sailor to qualify for an Olympic quota by taking first place in the Laser Radial competition at the Mussanah Open Championship on Thursday. With Kumanan's massive 21-point lead over the chasing pack on Wednesday, all the 22-year-old has to do on Thursday is to finish the medal race without any incident.

On Wednesday, Kumanan was in great shape, finishing 9th and 10th races in first and positions respectively, and taking the unbeatable lead in the Laser Radial event.

The Laser Radial is a manually operated singlehanded boat, which means that a single person sails it.

Kumanan, an engineering student at SRM College in Chennai, represented the country at the 2014 and 2018 Asian Games in Incheon and Jakarta. She became the first Indian woman to earn a Sailing World Cup medal when she won a bronze at the 2020 Sailing World Cup in Miami, USA.

Kumanan will now become the 1st Indian woman sailor to represent India at the Olympics.

Only four sailors made history in India by qualifying for the Tokyo Olympics this year. Apart from Kumanan, Vishnu Saravanan and the pair of Ganapathy Chengappa and Varun Thakkar made the cut during the ongoing Asian Qualifiers in Oman.

HOLD FAST! #WeAreTeamIndia and #WeAreReady to set sail to ️