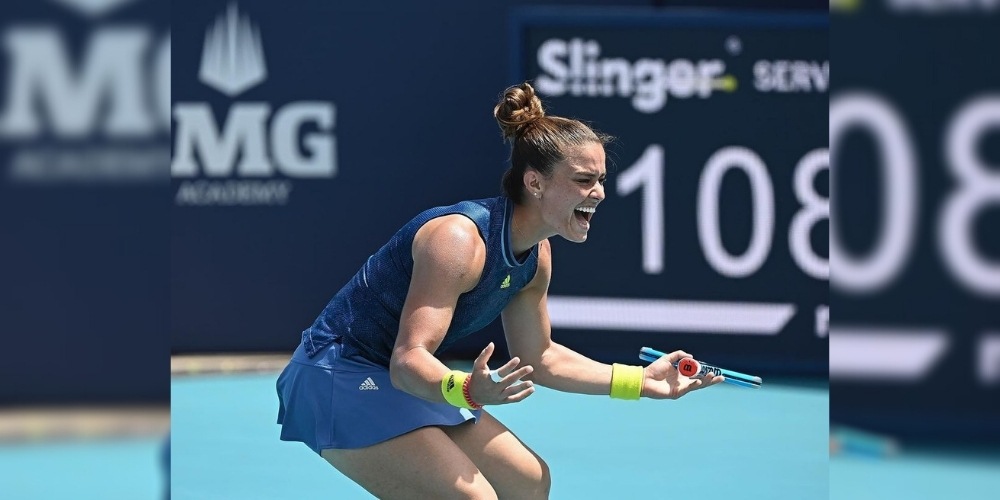 Japan's Osaka was stunned by an aggressive start on Greece's 23rd seed, committing 12 unforced errors and landing one winner in the 21-minute first set.

Osaka hid under a towel, trying to pull herself and fought back to lead 3-0 in the 2nd set.

But Sakkari, after losing 4-1 to Osaka, fought twice and won five points in a row.

Sakkari roared loudly that she had earned the biggest win of her career with a triumphant hug after beating a top-three player in the world for the first time.

"I'm so excited; I'm super happy. I have no words. Winning a match like that, where I faced six match points, helped me a lot today. I have made a lot of comebacks, and that is probably my trademark," said Maria Sakkari.

Osaka's defeat means that she will not be able to regain first place in the world rankings when the Australian Ashleigh Barty faces the Ukrainian Elina Svitolina in another semi-final.

Medvedev crashed out in the last eight

In the men's singles quarterfinals, there was an unexpected defeat: the top seed of Russia, Daniil Medvedev, was ousted in straight sets by Spaniard Roberto Bautista Agut.

The Spaniard beat Medvedev 6-4 6-2 in just 92 minutes to advance to his fourth ATP Masters 1000 semi-final.

Bautista will face Jannick Sinner in his last four, having been beaten up by the 19-year-old Italian in Dubai.

"I want to give Daniil all the credit; I know he is one of the best players in the world. He's been winning many matches, he's number two in the world, so I'm thrilled and proud about how I played today. I think I showed a great level on the court," said Roberto Bautista Agut