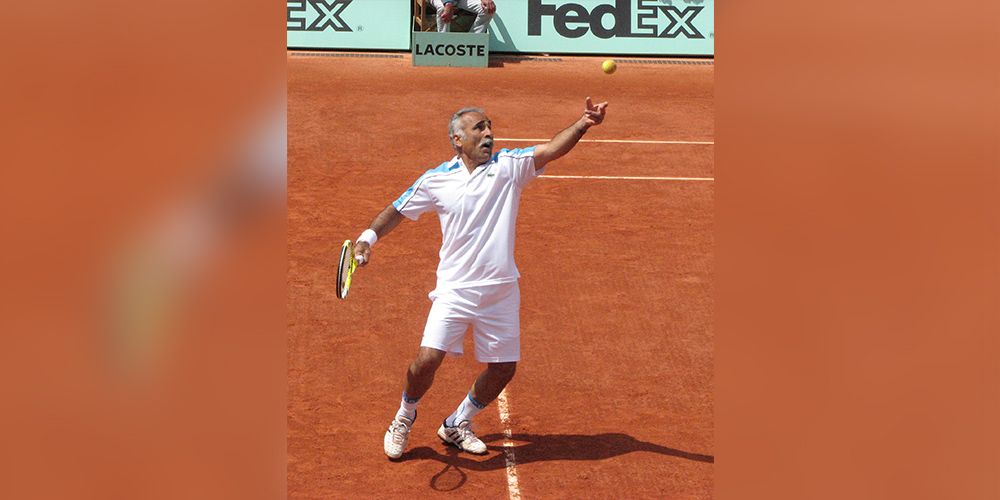 Mansour Bahrami is the most charismatic tennis player who has mastered the trick shots. His magic on a tennis court has made legendary players like John McEnroe and Bjorn Borg to regard him as "genius" and "legend", respectively. His wizardry with the racquet and various style shots has given him the nickname of Court Jester (his autobiography’s title). He has won no big titles but is famous for his trick shots and on-court entertainment. He is the elite star with unconventional plays and is the "Trick Shot King". He retired from the ATP Tour in 2003 but still appears in the invitational events for his love of tennis. His sole purpose of entertainment has won everybody’s heart.

Mansour Bahrami was born on 26th April 1956 in Arak, Iran. His father was a gardener in the biggest sports complex of Iran, and that’s how Bahrami got to see the sports grounds for the first time. During the 1960s, the sport was only meant for rich and elite people and not commoners. The efforts for tennis in Bahrami's life were so pious that he started preparing his own court and played with wooden logs, broom and dust pans.

In the 1970s, the Iranian Tennis Association allowed him to play tennis in U-14 and U-16 championships in which he won too. The 16-year-old teen was also a part of the Davis Cup. When he was 17 years old, he was one of the best tennis players in Iran. In the 1981 French Open, he played his first main-draw match against a Frenchman and defeated him in 3 straight sets. He started his official career in his late 30s after receiving the French nationality and started playing in the ATP tournaments.

The firm headed tennis player made his mind for entertaining the spectators and fans during the match. He tried various shots to make the audience laugh. Eventually, people accepted him and regarded him as the best entertainer on the court and the master of tennis trick shots. 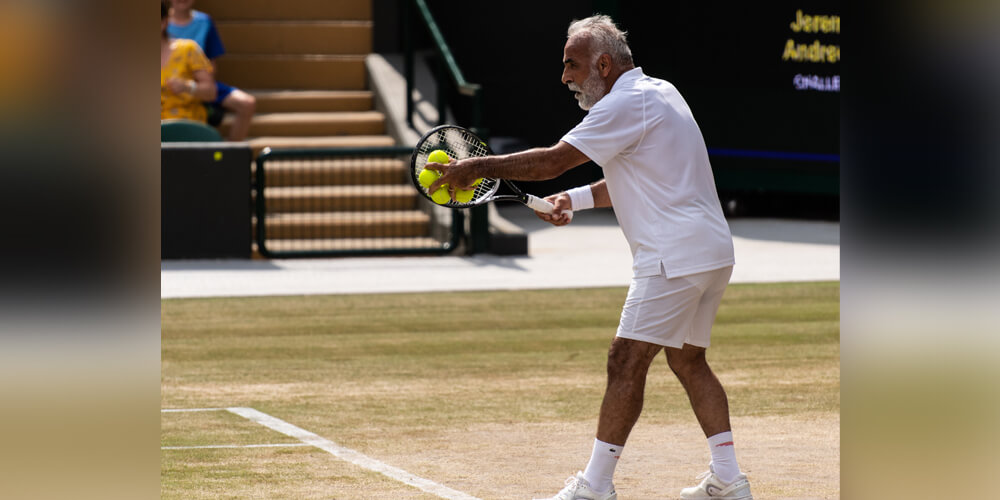 Career and Mastery in Entertainment on the Tennis Court

In the early 1980s, for the love of tennis, Bahrami left Iran and came to France. He proved his potentials even after his 30s. His performance in the doubles was phenomenal and he also reached to the French Open doubles final with Eric Winogradsky in 1989.

He became a prominent name in the seniors' tournaments and is regarded to have found his niche with his trick shots, playful style and made the tours more entertainment-oriented. His shorthand delivery and roll-overs to deliver a shot are phenomenal to watch. His creative showmanship led to the title of his autobiography as "The Court Jester". He believes the matches he lost by joking and fooling around always made the audience happy, so he followed the rule of "playing to entertain". He doesn’t play for himself; he plays for the audience.

Roger Federer on his trick shots and playing style has stated - "Mansour makes tennis so much fun. If you haven’t seen him play or perform yet, it’s a must!"