Manpreet titled FIH Player of the Year, while Lalremsiami and Vivek named FIH Rising Star of the Year 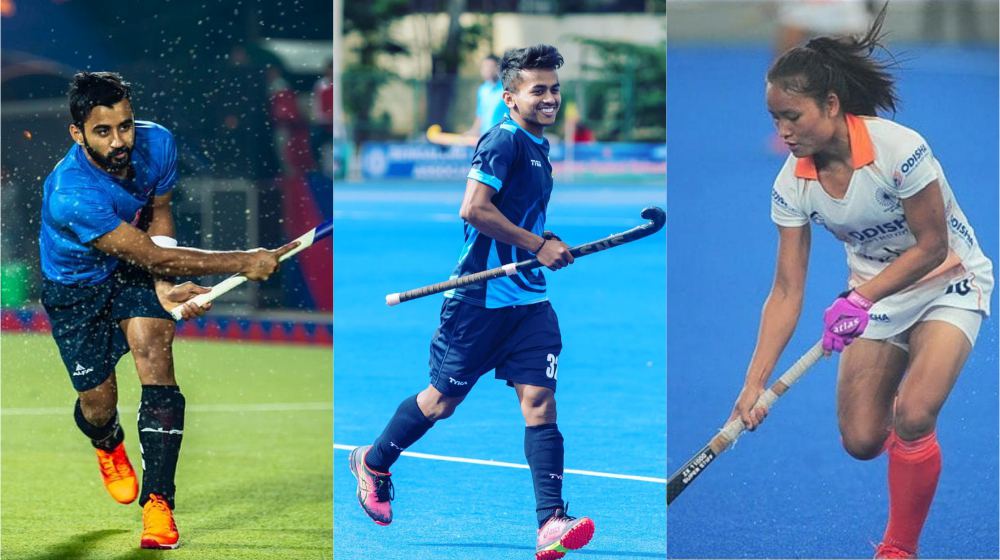 Indian hockey captain Manpreet Singh has been adjudged the best hockey player in the world. He is also the First Player in the Country to win the FIH Player of the Year award, to commemorate the 2019 season in which he led the team for the Olympic qualification. He now has 260 International Appearances under his name. Manpreet led the team to victory against South Africa in the final of the FIH Men's Hockey Series in June last year and also India won the Tokyo Olympics ticket by defeating Russia in an Olympic qualifier in November last year in Manpreet's captaincy.

He dedicated the award to his teammates and stated "I am very happy to win this award and I want to dedicate it to my team. Also, I want to thank my well-wishers and hockey fans. It's nice to see Indian hockey getting so much support".

The striker of the Indian women's hockey team, Lalremsiami has been named the 2019 FIH Women's Rising Star of the Year. Argentina's Julieta Jankunas and Frederique Matla of the Netherlands finished second and third respectively in the awards announced by the International Hockey Federation on Monday. The player from Mizoram received 40% of all votes. She received 47.7% of the vote from national associations, while media, fans/players contributed 28.4% and 36.4% respectively.

Lalremsiami made her international debut in 2018, where she was part of the team's success in Hiroshima 2019, at the hockey series final. She was also instrumental in the team's performance in the Olympic qualifier in November last year, where they made it against the USA to earn their tickets for the 2020 Tokyo Olympics.

In the final of the FIH Series in Hiroshima, India defeated eight other teams who were seeking a place in the Olympic qualifiers. India held their nerves and secured the top spot, setting up a doubleheader against the United States. Lalremsiami did not score goals in two Olympic qualifier matches against the United States, but her relentless run and creativity helped pressure the opposition's defence, prompting Indian Captain Rani Rampal to send India to Tokyo to achieve the decisive goal. Lalremsiami was also part of the team that won the Olympic Test event in Tokyo.

Indian men's team's mid-fielder Vivek Sagar Prasad was also named as the 2019 Rising Star of the Year by the International Hockey Federation. Vivek overtook Argentina’s Maico Casella and Australia's Blake Govers, who finished second and third respectively. Vivek got 50 percent of all National Association votes, 23 percent media votes, 15.1 percent fans/players votes totaling in 34.5 percent of the votes. Cassella garnered a combined 22 percent of the votes, while the third-ranked Govers received 20.9 percent of the combined votes.

After clinching the Award, Vivek thanked everyone for helping him to achieve this feat.

"This is a big moment for me and I thank everyone who voted for me to win this award. This comes as a big motivation to strive harder for the Indian team and give my best as we aim to achieve higher goals for the country," Vivek said.

"I would also like to thank my teammates especially the seniors who ensured they constantly motivated me enough. If I made any mistakes, they encouraged me to give my best," Vivek added.

At the age of 17, Vivek became the second-youngest player to represent Indian national team in a Four-Nations Invitational Hockey Tournament in January 2018. Since then Vivek has appeared for the senior team in more than 50 events. He was also the integral part of the Indian team that won a silver medal at the 2019 Sultan Azlan Shah Cup in which the team lost to Korea in the final. He was also a member of the two most important events of the Indian team in 2019 - FIH Series Finals and then FIH Olympic Qualifiers. He was selected as the Best Young Player of the FIH Series Finals and was later included in the national team for the Olympic qualifier against Russia in Bhubaneswar last year.