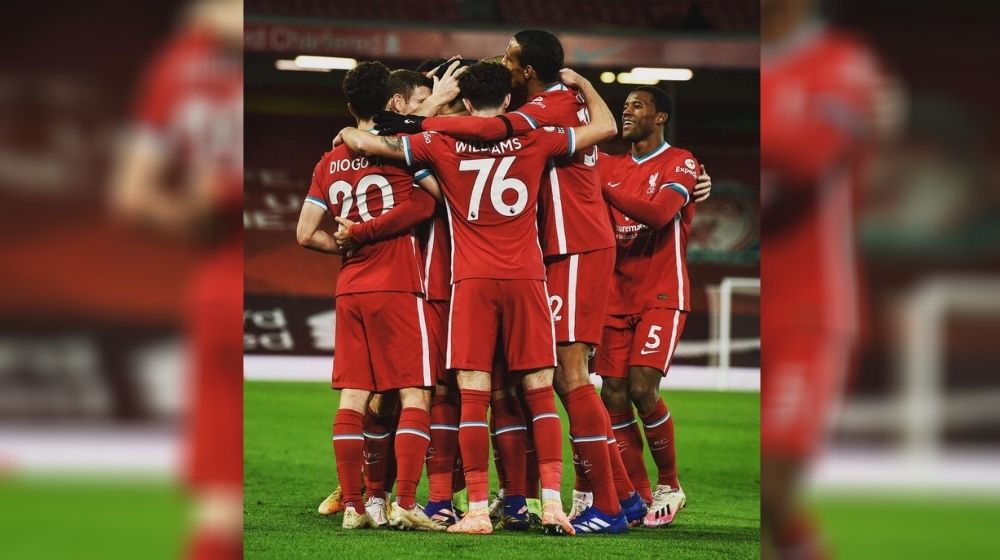 Liverpool set a new undefeated home league record of 64 consecutive games, beating Leicester City 3-0 in the Premier League at Anfield on Sunday. Diogo Jota had his own record and became the first player to score in his first four home division league appearances for Liverpool with a header that added to Jonny Evans' own goal in the first half.

Roberto Firmino was enough to bring Jurgen Klopp a victory over his predecessor Brendan Rodgers.

As a result, defending champion Liverpool levelled 20 points with leader Tottenham Hotspur, while Leicester is fourth, levelled with third-placed Chelsea on 18 points.

Although, Liverpool played without covid positive Mohamed Salah, and the injured Jordan Henderson and Trent Alexander-Arnold, as well as a number of other absentees. But still, Liverpool had shown a strong performance that seems ready to claim another serious title bid.

Fabinho's return after a three-game absence not only eased Liverpool's concerns about injuries but also eased any back anxiety as he entered central defence with the calm and confident performance that is generally associated with Virgil van Dijk, who is out due to a long-term injury.