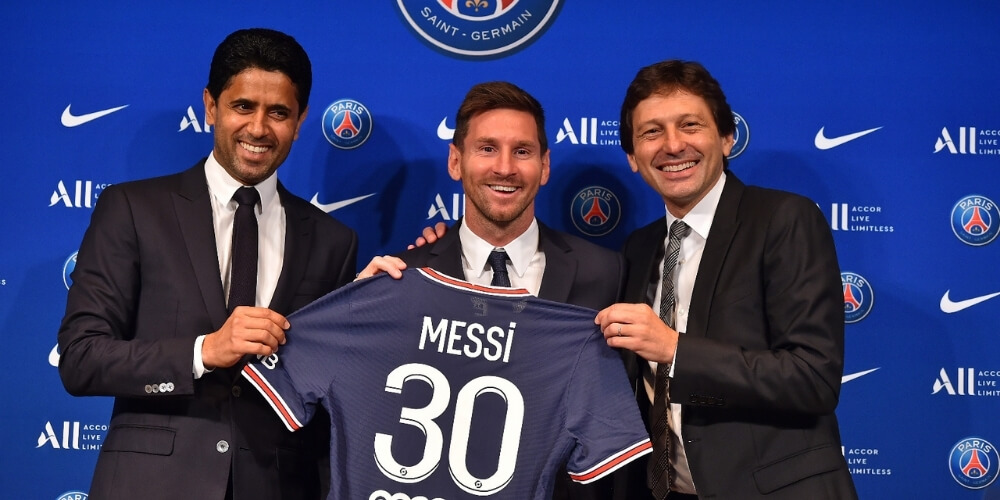 Messi cited that he’s in the right place to win another Champions League trophy and stated that his reunion with Neymar is a key factor in his decision to sign with Paris Saint-Germain.

The Argentine star made a speech at an introductory press conference held at the Parc des Princes stadium on Wednesday morning when he signed a two-year contract with the option of entering his third season after leaving Barcelona.

Even journalists can't help but cheer for Lionel Messi! pic.twitter.com/J3sDEsiI3F

Messi said: “My goal and dream is to raise another Champion’s (league trophy); I believe I have the best chance to achieve this goal in the right place. When you see this team, You really want to play with them because there are many possibilities. We have the same goals. Neymar has done a lot, and it is very important to my choice.”

Backed by Qatar, PSG tried desperately to win the Champions League but lost in 2020 final to Bayern Munich.

The arrival of Messi provides Paris Saint-Germain with a potent offensive option because he has not only links up with Neymar but also with the French World Cup champion Kylian Mbappé.

“I will play with the best players. It’s incredible to be able to experience this,” Messi said.

“Obviously, one of the reasons (I came) is the dressing room: Neymar, Di Maria, Paredes, I know.”

Ready to Play with PSG

Messi said he is all set to start playing under the PSG jersey, which will host Strasbourg on Saturday night. “When I feel it when the staff thinks I’m okay, I’ll be ready. I want to play,” Messi added.

Lionel Messi and family have a new home (via antonelaroccuzzo/IG) pic.twitter.com/3kYGQFMOze

The team, according to Messi, “took a position and everything went very quickly and easily. It happened in a short time. It was a difficult situation, and they were very efficient.”

No details on the salary were released, but a person familiar with the negotiations said Messi’s annual net income was approximately 35 million Euros (304cr Rupees).