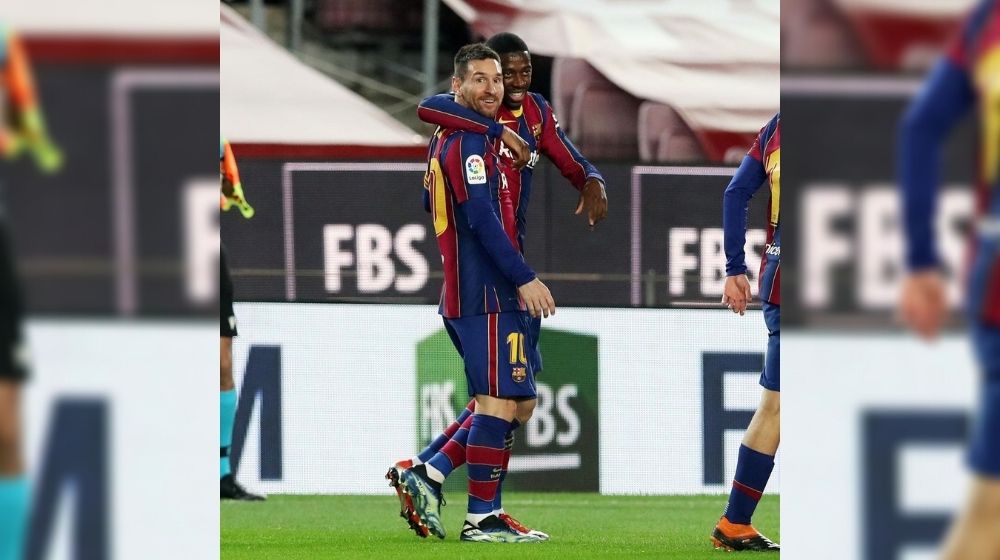 Lionel Messi has scored FC Barcelona's groundbreaking 650th career goal by defeating the Athletic Club 2-1 in a La Liga encounter at Camp Nou on Sunday. After Messi scored a free kick in the first half in the 20th minute of the game, Athletic Club's Jordi Alba's own goal allowed the game to tie the score in the second half in 49th minute.

Although, Antoine Griezmann managed to hit a goal and handed Messi's side a 2-1 win in the 74th minute of the game. Barcelona has now climbed to second place in the La Liga standings with 40 points from 20 games.

In Barcelona's 650 goals tally, Messi has scored 456 goals in La Liga, and 49 of them have been from direct free kicks. Barcelona is still 10 points behind Atlético de Madrid, and Messi's team has everything to do to reach the end of the competition.

Earlier on Sunday, Barcelona threatened to take legal action against Spanish news agency El Mundo after the newspaper released the contract's details between Messi and the club.