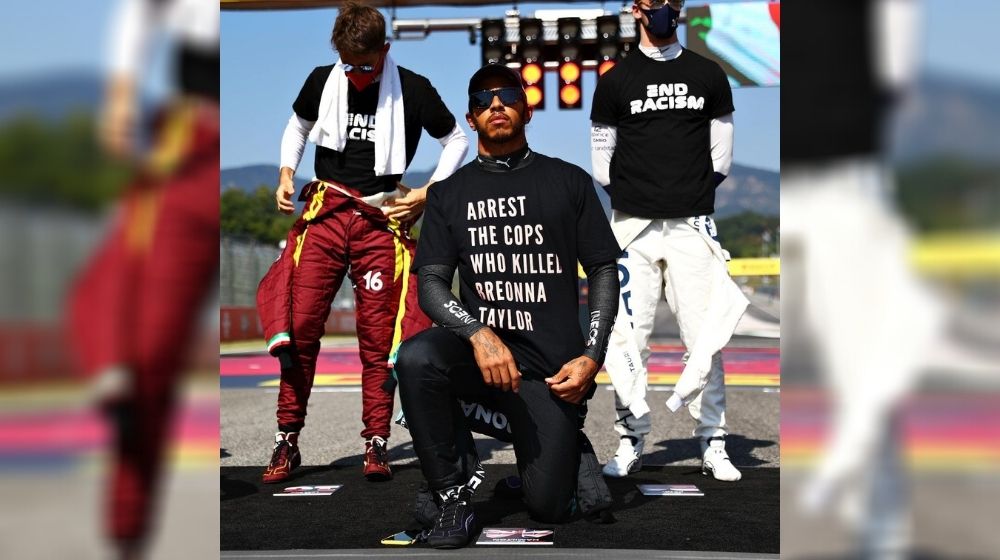 Lewis Hamilton will be honoured with the Game Changer of the Year title at the GQ Men of the Year Awards. The annual awards will be held virtually on Thursday, due to the coronavirus pandemic.

This honour comes as Formula One's ace wins his seventh World Championship at the Turkish Grand Prix earlier this month, equalling Michael Schumacher's F1 record. Lewis was seen issuing a statement in support of the Black Lives Matter movement on the track. At first, he was seen bending on his knees and wearing a T-shirt with the slogan "arrest the cops who killed Breonna Taylor", a black medical worker who was shot and murdered in her home during a police raid.

It prompted F1 owners to ban drivers from promoting political slogans during races, but Lewis has vowed to "keep the momentum going" and says the move won't discourage him from doing the same again.

Lewis said to the January / February 2021 issue of GQ, "If I believe it is important enough, I will. I will do it again ... Every weekend that I arrive, we have the spotlight on us, and every weekend there is an opportunity to raise awareness. We don’t live in a time when everything is OK. And I remember as I went through the day, I was like, ‘OK, I’ve got to win this race. I can’t come second and wear this top.’ So I remember racing my heart out, pushing with every ounce for first place and I remember getting that win, and I was like, ‘OK. I’m here for you, Breonna.’ And I put that shirt on and in the 70 years of our sport, no one’s ever stood up there for anything but themselves. And I was standing up there for someone else."

The 2020 GQ Men of the Year Awards, in association with Hugo Boss, are available to view via the British GQ's YouTube channel on Thursday, November 26, 2020, at 8 pm. The GQ January / February 2021 issue will be available on newsstands from Friday, December 4.