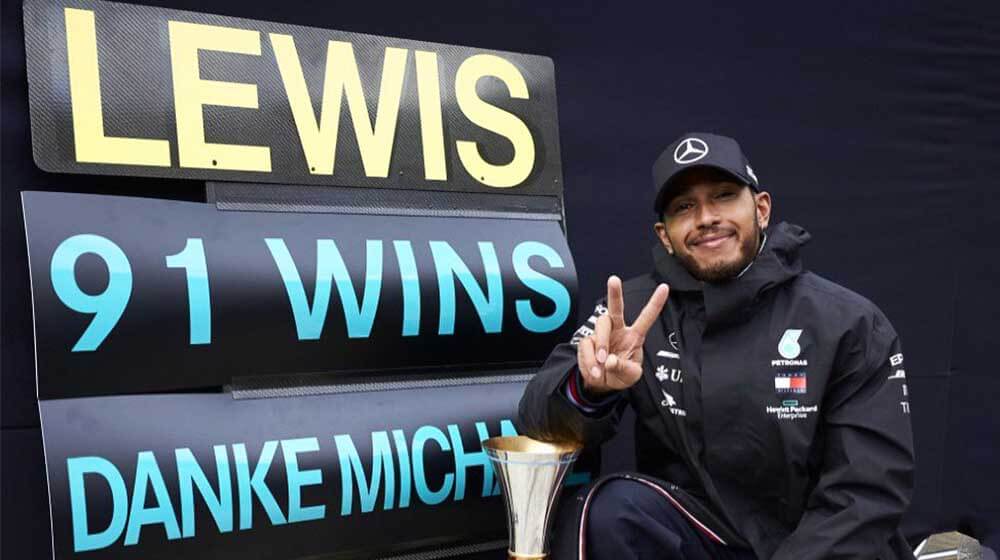 Lewis Hamilton, the Mercedes driver, has achieved an outstanding record with his victory at the Eifel GP. With this F1 victory, he has equalled Michael Schumacher’s all-time record of 91 Formula One wins.

At the beginning of the match, Hamilton was dominated by Valtteri Bottas, another Mercedes F1 Finnish racing driver. However, he successfully went ahead and passed the Finn on Lap 13 of 60 after Bottas locked-up at turn 1. The power loss forced Bottas to retire after the completion of 6 laps. This moment brought comfort to Hamilton’s game plan. He went smoothly to his record of #91 wins. He overcomes the safety car restart and the lead of Mclaren’s Lando Norris, who retired on Lap 44. Hamilton is now leading the chart with 25 points followed by Verstappen. He is a six-time champion and has achieved the title first time since the year 2013.

At the German circuit Nürburgring, the F1 great Ferrari driver Schumacher won five times. With the recent win, Hamilton has recorded his seventh win of the season and has a lead of 69 points over Bottas. Max Verstappen of Red Bull took the bonus point for fastest lap and finished second. At the same time, Australian driver Daniel Ricciardo has got the third position on the podium for the very first time since 2018.