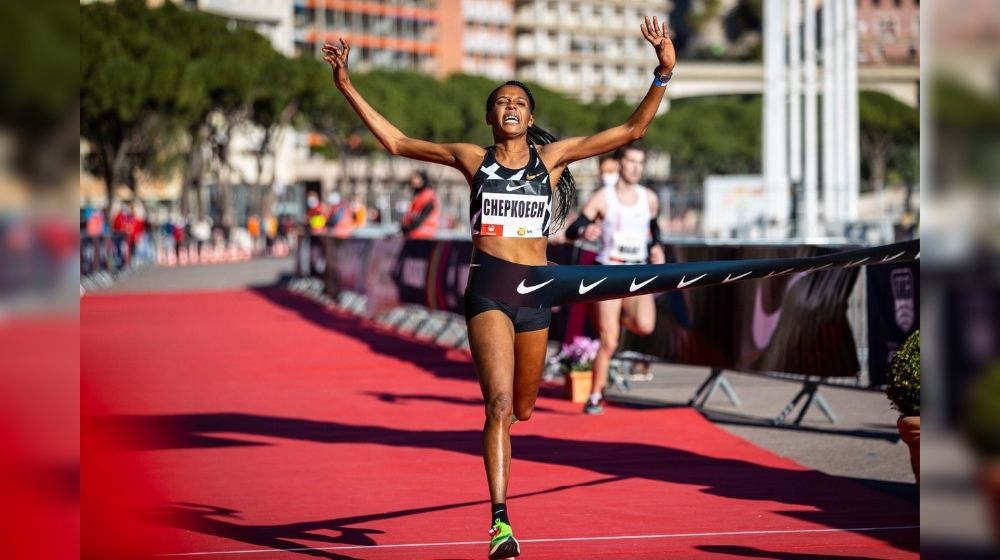 Kenya's Beatrice Chepkoech sets the new world record in 5000m steeplechase on Sunday, finishing in 14 minutes 43 seconds in Monaco's streets, one second ahead of the old record.

Chepkoech who also holds the 3000m steeplechase world record, battled in windy conditions with assistance from her pacemaker Luuk Maas.

The 29-year-old Chepkoech said, "I'm so happy. Even though there was a lot of wind, I managed to run right on pace. In the end, my pacemaker told me 'we can do it, let's push it'. I'm really happy with this world record."