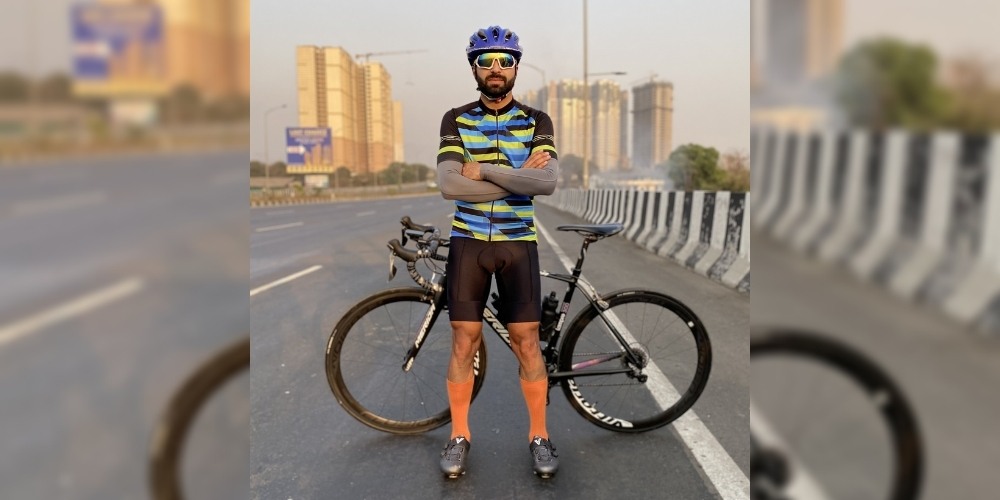 Kashmiri professional cyclist Adil Teli made history on Tuesday by covering the 3,600 kilometres distance between Kashmir and Kanyakumari in eight days, one hour and 37 minutes.

The official said that despite all the difficulties, including rough terrain, harsh climatic conditions, traffic congestion and other difficulties, Adil continued to ride with full vigour to break the Guinness Book of World Records set by Om Mahajan, who covered the same distance within eight days, seven hours and 38 minutes last year.

"Adil, a young cyclist from the Narbal area of Budgam District, began his journey on March 22 after being stopped by the Divisional Administration Kashmir, Pandurang K Pole, from the Lal Chowk District in Srinagar," an official said.

Passionate about cycling, Adil has already set a record with his name before, covering 440 kilometres from Srinagar to Leh in just 26 hours and 30 minutes.

Abraq Agro, who supported and sponsored Adil on the cycling expedition, praised Adil for this outstanding achievement. Abraq Agro also expressed gratitude to the Divisional Administration Kashmir for their support throughout Adil's journey to set a new record.

For Adil, the Srinagar Leh cycling expedition was a turning point, prompting him to go for more and set himself the goal of breaking the world record; however, it was not easy and required dedication, enthusiasm, endurance, proper guidance and training.

To fulfil his dream of setting a world record, Adil went to Amritsar, where he underwent rigorous training for 4-5 months.

Adil, the fastest rider from Srinagar to Leh, trained in cycling at Gurunanak Dev University in Amritsar under coach Rajesh's guidance.

He was trained at various levels, while at JNDU (university), he trained for 10,000 km and 20,000 km endurance. This training helped him take Kashmir to the Kanyakumari challenge. He made it to the top 10 of the national championship in the fixed spring finish. At the beginning of the pandemic, it was challenging to organize bicycle parts, and due to the ban on the import of parts, but with the support of sponsors, everything was settled.