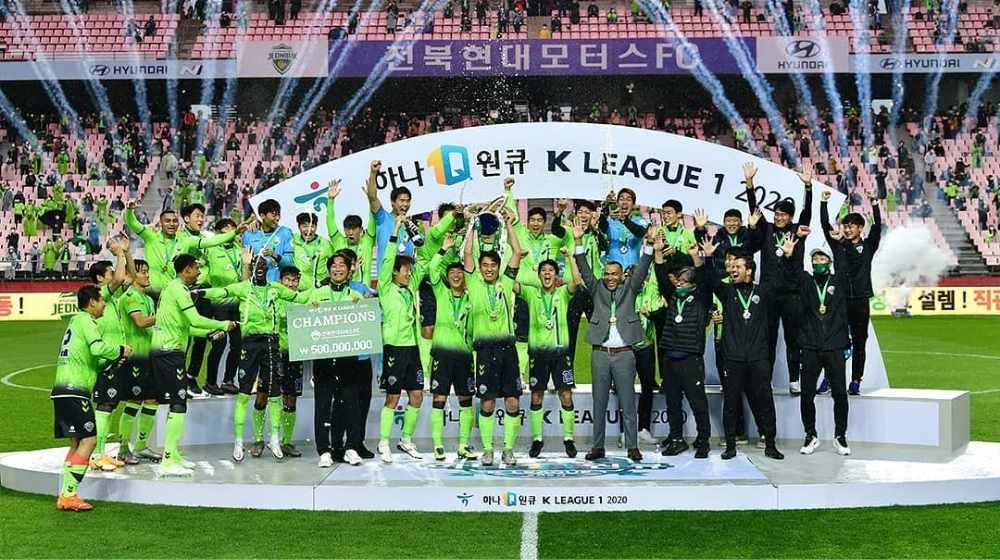 Jeonbuk Motors scripted history by winning the K-League Championship for a record eighth time in South Korea with a 2-0 win over Daegu FC on Sunday. Cho Gyu-sung's two goals also earned Jeonbuk the distinction of becoming the first club to win four consecutive titles in the 38-year history of the league.

This was the second championship for Portuguese coach Jose Morais, who was the former assistant to Jose Mourinho at Porto, Inter Milan, Real Madrid and Chelsea. Jose Morais said, "Last year we needed a little help to win, but this year it was under our control. We always believed that we would become champions, and this mindset helped us through."

This is the record ninth time for Ulsan Horangi to finish second, while Pohang Steelers taking the third spot to enter qualification for the 2021 AFC Champions League.

Incheon United beat FC Seoul 1-0 on Saturday and climb up for the first time in all season from the relegation positions. It was an emotional match with 5,500 fans in attendance who paid a minute's silence for 31-year-old defender Kim Nam-chun at the Seoul World Cup Stadium, who died the day before. Busan IPark lost 2-1 to Seongnam FC to fall behind Incheon and into the second tier.