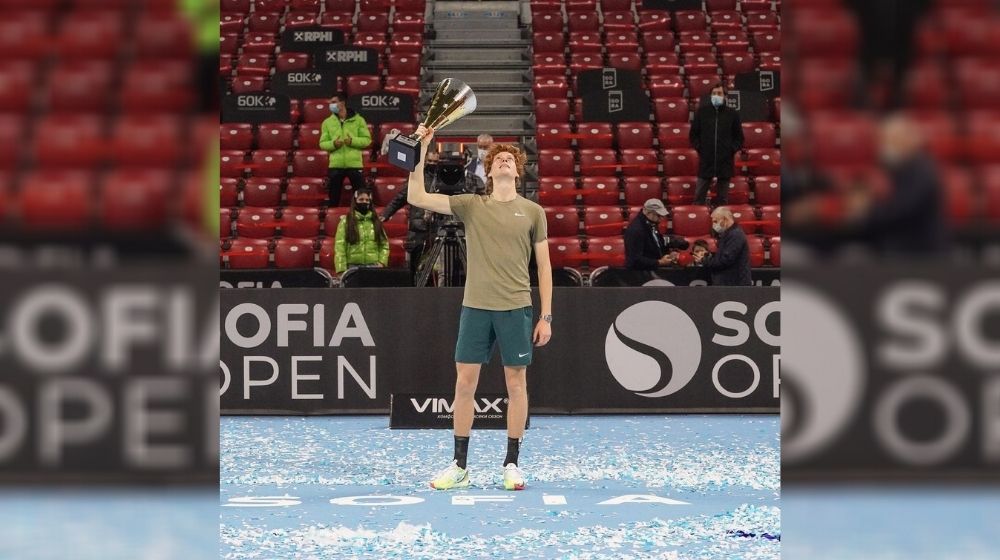 Italian teenager Jannik Sinner became the youngest tennis player in 12 years to win an ATP Tour title at the age of 19 after his victory at the Sofia Open. On Saturday, Sinner defeated Canada's Vasek Pospisil 6-4, 3-6, 7-6 (3) in a summit clash to win his maiden ATP title.

"It is a great feeling ending the year with a tournament win; Now I think the hard work is going to start once more. I hope I am going to start even better next year than I did this year," Sinner said as per the ATP Tour website.

The last player to win a tour-level trophy at a younger age than the Sinner was Japan's Kei Nishikori, who won his first ATP Tour title at the 2008 Delray Beach Open at the age of 18.

Sinner's title race in Sofia completes a memorable 2020 campaign in which he scored three top-10 victories and finished the year with a 19-11 record. He is now at 37th rank in the ATP world rankings list.