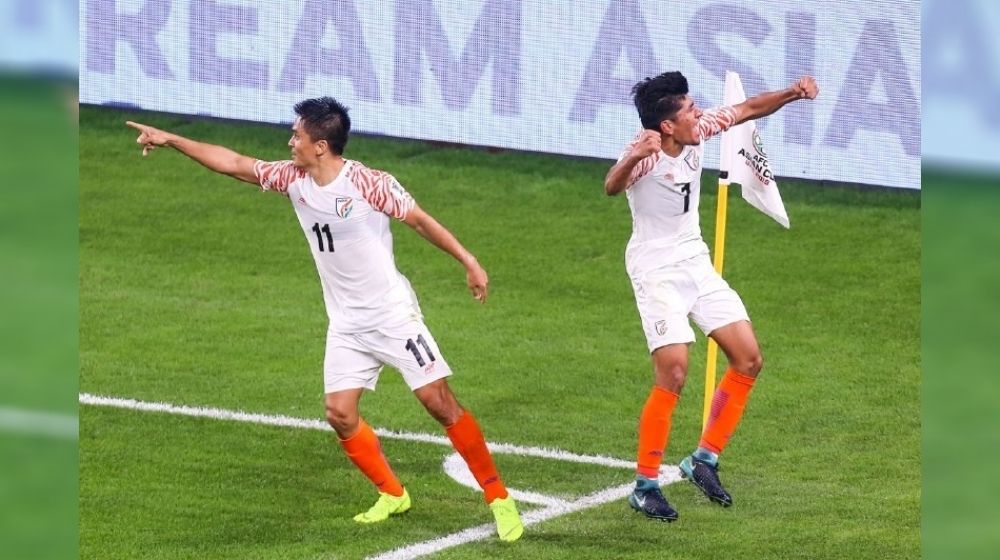 Bengaluru FC notched their first win of the season, beating Chennaiyin FC 1-0 in the Indian Super League on Friday.

Sunil Chhetri's penalty strike in the 56th minute made the difference between the two teams, as Chennaiyin suffered their first defeat of the season. Chhetri scored on a low and powerful drive to the right corner of Chennaiyin's goalkeeper Vishal Kaith after Cleiton Silva was put down into the box by substitute Edwin Vanspaul.

After the start of the game, Anirudh Thapa was kicked in the 5th minute after a heel clash with Ashique Kuruniyan, who received a yellow card two minutes later due to a rough tackle was made on Deepak Tangri. Thapa initially continued the game after the conflict with Kuruniyan, but in the 16th minute, he left the ground with Chennaiyin coach Csaba Laszlo and was replaced by Edwin Vanspaul.

After Thapa was sent off, Bangaluru began to dominate. After around 30 minutes, Cleiton Silva found Bheke unmarked in the box, but his header was off target.

Seven minutes later, Juanan had a chance to advance from Silva's cross but was only able to divert it into the hands of Chennaiyin's goalkeeper Vishal Kaith.

The game started in the second half, especially after the penalty. Dimas Delgado had a ferocious drive that was saved by Kaith in the 60th minute. A few minutes later, Gurpreet Singh Sandhu returned to the action after Fatkhullo Fatkhuloev hit the volley from a tight angle towards him.

Then, in the 69th minute, BFC got a lifeline, and Rafael Crivellaro's header into the net was deflected by Kuruniyan's outstretched hand. Neither the referee nor the linemen found infringement.