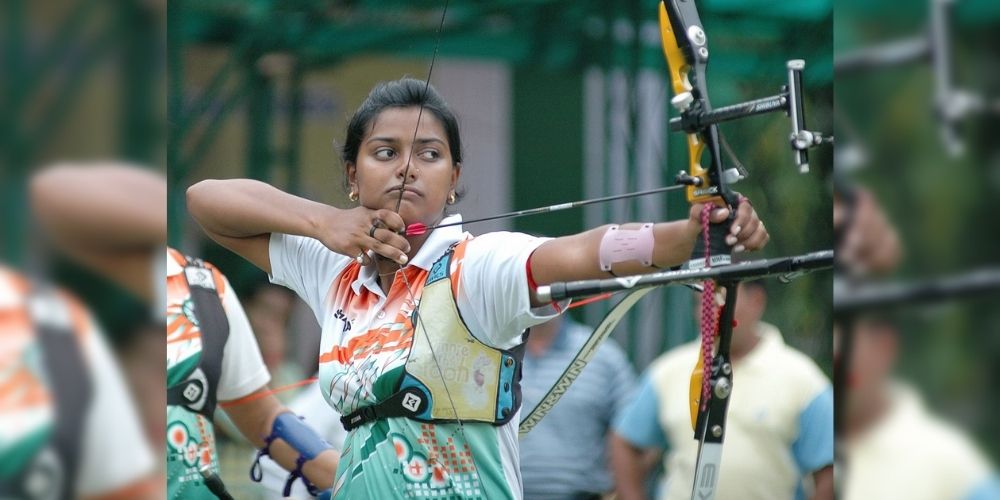 The Indian recurve archers advanced to the quarterfinals in three-team events upon returning to international competition after nearly two years in the first stage of the Archery World Cup at Sport Complex Los Arcos in the University of San Carlos in Guatemala on Tuesday.

As a result of the women’s consistent performance, they became the no. 1 team in the ranking rounds with 2003 points, while the men’s side finished third with 2010 points.

In mixed doubles, the duo of Atanu Das and Deepika Kumari qualified second with 1353 points. The men’s and mixed teams got their tickets early in the opening round, while the women were seeded directly to the last eight of the knockouts.

However, India’s no. 1 archer Atanu finished second in the individual standings, and he was 14 points behind American Brady Elison. His Olympic-bound teammates Pravin Jadhav finished 15th, and Tarundeep Rai came 22nd, while Dhiraj Bommadevara ended in 20th spot.

Ankita Bhakat and Deepika took second and third place in the individual women’s ranking event with 673 and 671 points, respectively. Their teammate from Jharkhand and Under-18 world champion Komalika Bari fell behind and finished in the 12th spot, while Madhu Vedwan was in 14th.