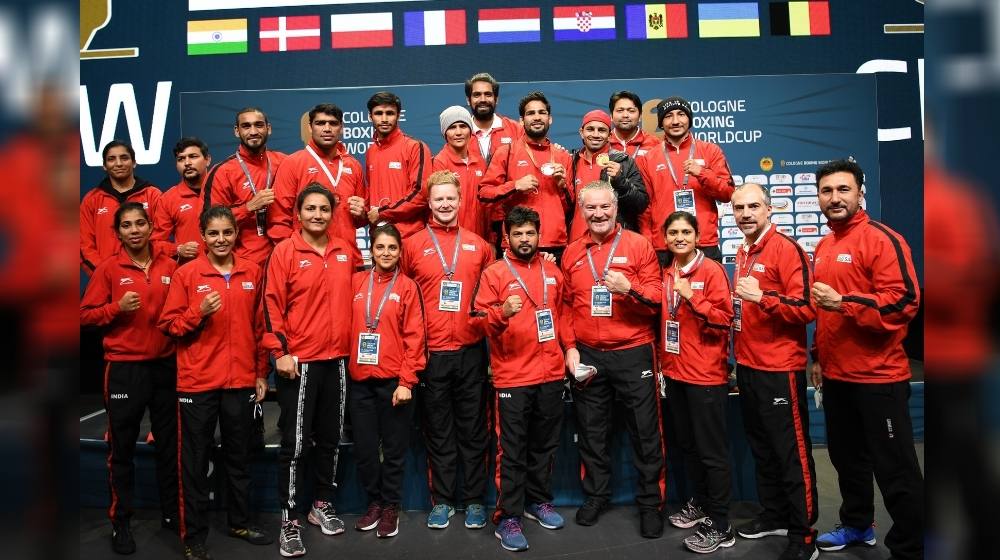 Indian boxers produced an all-around performance at the Cologne Boxing World Cup held in Germany and ended their campaign with 9 medals (including 3 gold medals, 2 silver medals and 4 bronze medals).

Five Indian female and eight male boxers were entered the Cologne Boxing World Cup after their strong preparations in Italy.

AIBA Women's World Boxing Championship bronze medalist from India, Simranjit Kaur Baath, impressed in the semi-finals and competed against Maya Kleinhans in the title fight. The 25-year-old boxer showed quick footwork to beat the German home opponent with precise punches in the final.

Simranjit successfully reduced the fighting distance against the taller opponent and won the fight by split decision taking the gold medal in the 60kg category.

In the final of the 57kg category, which saw an all-India brawl between Manisha Moun and the two-time AIBA Junior Women's World Champion Sakshi Choudhary. The young Sakshi tried to land quick punches and outscored her counterpart in the first round. However, Manisha moved more on her feet from the second round and gave Sakshi no chance before winning the fight 3:2 in a very close fight.

Sakshi ended her campaign with a silver medal. Veteran Satish Kumar who competed in the +91kg category, also had to settle for a silver after injury forced him to withdraw from the finals.