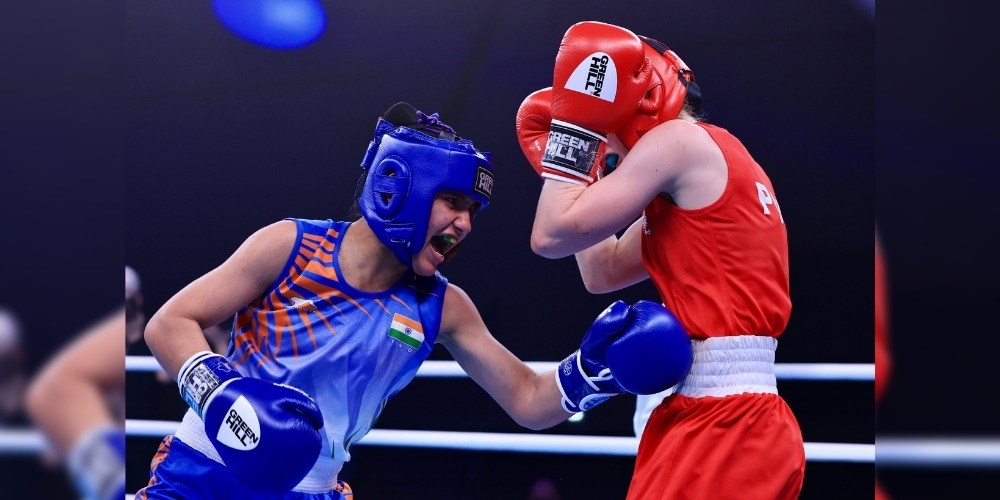 In total, eight Indians made it to the finals, seven of them were women in various weight categories, and they emerged on top with resounding victories as all the women-finalists in action bagged the top spot of the podium.

Previously, Indian women had bagged five gold medals at the 2017 edition in Guwahati. With seven gold medals, the Indian women's team also took first place in the ongoing championship, ahead of Russia.

A great start to the day was provided by Gitika Narwal, who reached the final by defeating two-time European champion Erika Prisciandaro from Italy in the semifinals. The girl from Rohtak brushed aside the local favourite Natalia Kuczewska 5-0 to earn India's first gold.

Babyrojisana was no less good in her final. The Asian Youth Champion from Manipur looked in great touch, taking the gold, winning 5-0 over the European Junior Champion from Russia's Valeriia Linkova.

Competing in the final of 57 kg, Poonam used an aggressive regime from the very beginning and dominated her experienced opponent Sthelyne Grosy from France, with accurate punches. The girl from Hisar, Haryana, won a crushing victory with a score of 5-0 to claim the gold. At the international level, she has not yet been defeated.

Vinka also put on a spectacular show in the final of 60 kg, as her punches, filled with tremendous force, were too strong for Kazakhstani boxer Zhuldyz Shayakhmetova. Arundhati Choudhary, originally from Rajasthan, also won an excellent 5-0 win over Polish boxer, Barbara Marcinkowska.

The seventh gold in India was brought by a girl from Nagpur, Alfia Patan, who stunned a strong opponent in the European Youth Championship Daria Kozorez from Moldova with a score of 5-0 in the final of +81kg.

The Indian contingent of 20 members has already made history with 11 medals in championships, improving its previous record of 10 medals in the 2018 edition.

A record 7 gold medal haul by Indian Youth Women Boxers at the AIBA World Youth Boxing Championships in Poland.
All the 7 finalists who train at NCOE, Rohtak & Bhopal won their respective bouts to claim the gold at the marquee event.
Way to go young #pugilists.#PunchMeinHaiDum pic.twitter.com/anTix9loZP