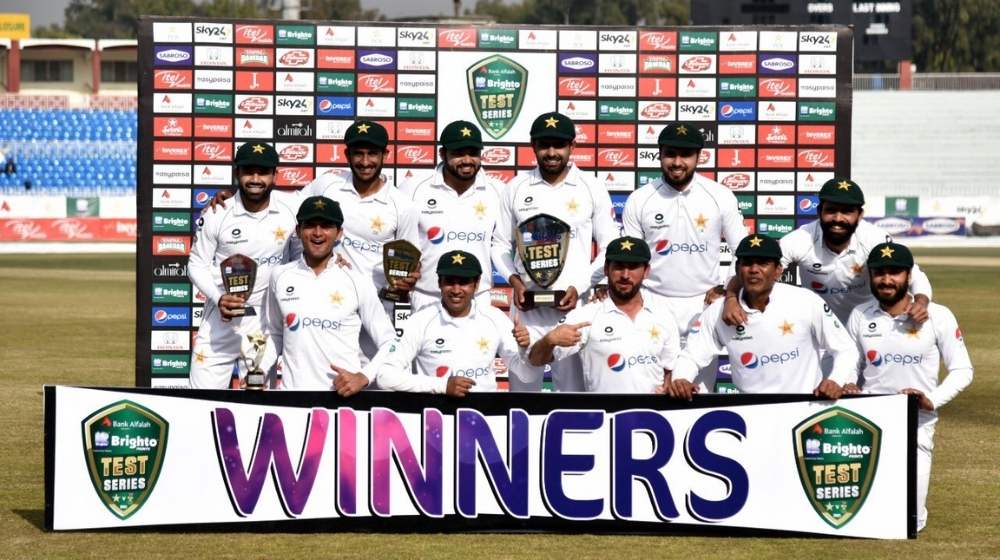 Pakistan has registered their first Test series victory against South Africa since 2003 as they defeated South Africa by 95 runs in the 2nd test to won the two-match test series. While chasing the massive target of 370, the South African team were all out for 270 on the test's last day.

After registering the clean sweep Test series against South Africa, Pakistan has retained their top five spot of the ICC Test Rankings.

With this test series victory, Pakistan has overtaken Sri Lanka and South Africa and is now in fifth place in the latest ICC test rankings. Pakistan currently has 90 rating points, while South Africa has dropped one place to sixth with 89 rating points.

Pakistan gain eight rating points to jump to No.5 in the @MRFWorldwide ICC Test Team Rankings after the #PAKvSA series pic.twitter.com/l05HwixTd0

When it comes to the World Test Championship points table, India remains at the top followed by New Zealand; who already qualified for the final.

Australia and England are in third and fourth places, while Pakistan and South Africa are in fifth and sixth places.

However, Pakistan and South Africa dropped out of the race to secure a place in the final.

New Zealand became the first team to secure a spot in the final, while India, England and Australia are still battling for another spot. An ongoing test series between India and England will determine who will be the second finalist.