ICC announced the New WTC Points System; 12 for win, 6 for tie, 4 for draw 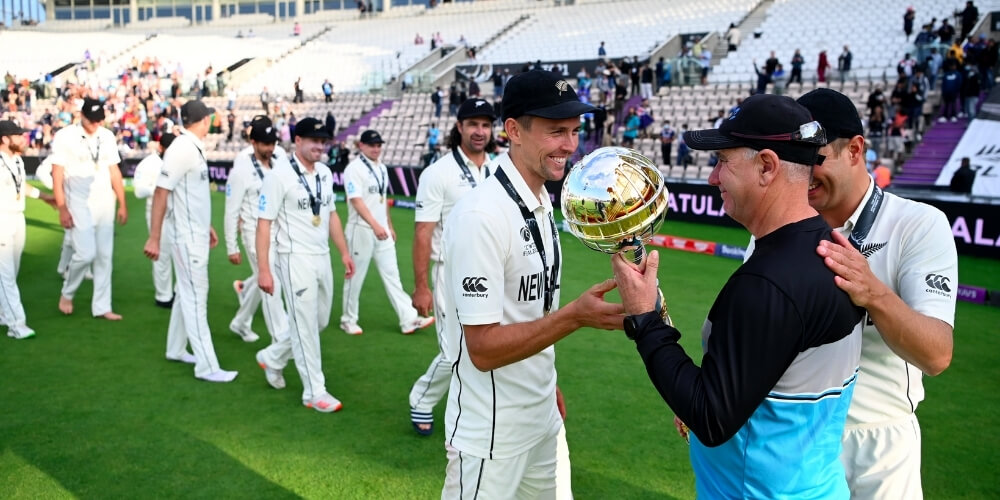 12 points available every match, irrespective of series length
Teams to be ranked on percentage of points won

The new points system for #WTC23 is revealed pic.twitter.com/9IglLPKRa1

“The Cricket Committee has taken this into account by proposing a new standardized points system for every match. It adhered to the principle of ensuring that all matches in the WTC series count towards the team’s standing, with series of varying length between the two tests and the five tests taken into account.”

“During the pandemic, we had to move to rank the teams in the points table using the percentage of available points each team scored as all series could not be completed. This helped us identify the finalists, and we were able to complete the championship on schedule. This method also allowed us to compare the relative performance of teams at any given time, no matter how many matches they played,” Allardice added.

Nine test teams will compete for the test mace, as each team will play six series each over a two-year period. The first series of WTC 2021-23 will be a five-game series between England and India.

ICC has also published each team’s schedule to the WTC: