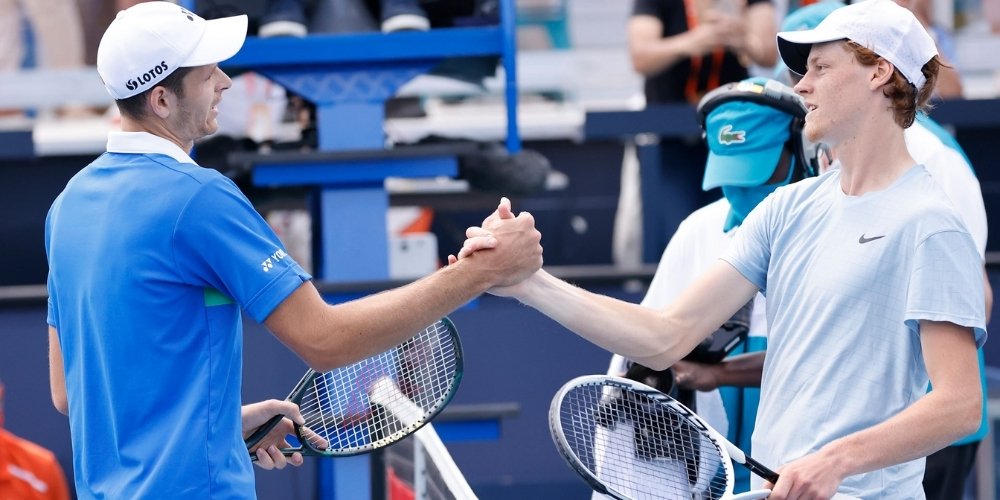 24-year-old Hurkacz has improved his results to 10-0 in Florida this year, including the Delray Beach title in January. Ranked 37th, he has beaten two top 10 opponents in one tournament for the first time and is predicted to rise to a career-high 16th in the rankings in the coming weeks.

"I was super happy I was able to lift the biggest trophy of my life so far. I played some of the best tennis I ever played. I was solid throughout the whole tournament," Hurkacz said.

Hurkacz was ready to play his first final in the highest ATP series, Masters 1000. In the first set, he pulled ahead 3-0, lagged briefly, and then played a solid tiebreaker to win the final with a 25-stroke rally.

Sinner, who only played in his third Masters 1000, hesitated 6-5 in the first set and was broken with love. He lost the serve twice more, losing 4-0 in the second set.

The final match came as a surprise, although Novak Djokovic, Rafael Nadal, Roger Federer and Dominic Thiem skipped the tournament. Among those unable to capitalize on their absence was Daniil Medvedev, Stefanos Tsitsipas, Alexander Zverev, and Andrey Rublev.

Hurkacz knocked out Tsitsipas and Rublev.

Ranked #1, Ashleigh Barty won her second straight title in Miami on Saturday when Bianca Andreescu retired in the final due to a foot injury while she trailed 6-3, 4-0.