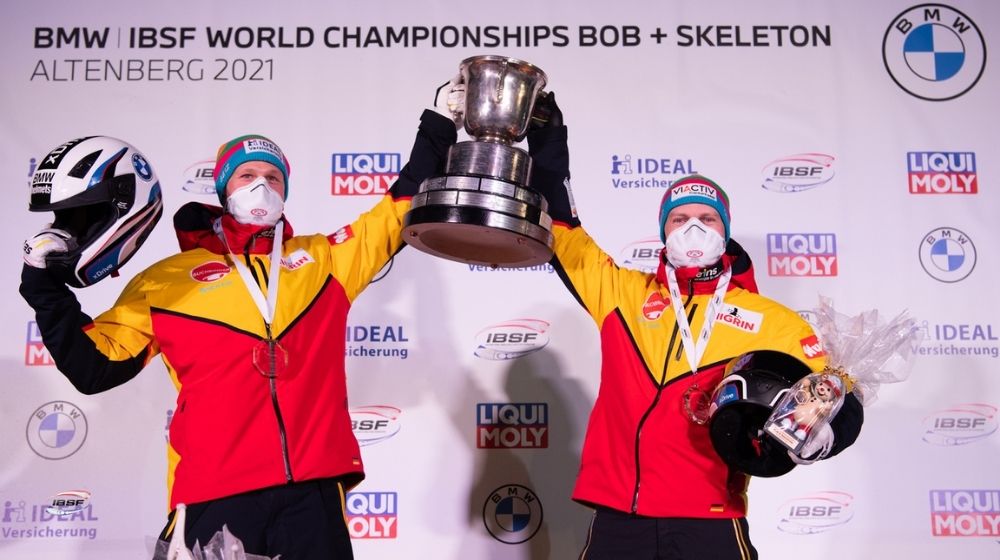 Germany’s Francesco Friedrich advanced his position as the greatest bobsledder in history and one of today’s dominant athletes, by winning an unprecedented 10th IBSF World Championship on Sunday.

Friedrich-Schüller finished in 3 minutes, 39.78 seconds and took the top spot. Lochner and Franke finished in 3:41.83 seconds, while Hans Peter Hannighofer and Christian Roeder were third in 3:42.01 seconds to cap off a German medal sweep.

Friedrich and Schüller were fastest in each of the four runs from Saturday to Sunday.

With this victory, the german luger Friedrich broke the draw with Italian legend Eugenio Monti, who also won 7 two-man world titles along with 2 four-man crowns.

Friedrich has won all world two-man titles since 2013, and now he has 10 world championships, including three victories in four-man events. He will be the favourite in the next weekend’s four-man event when the World Championships resumes, with men’s skeleton, women’s skeleton and women’s mono bob remaining on the schedule as well.