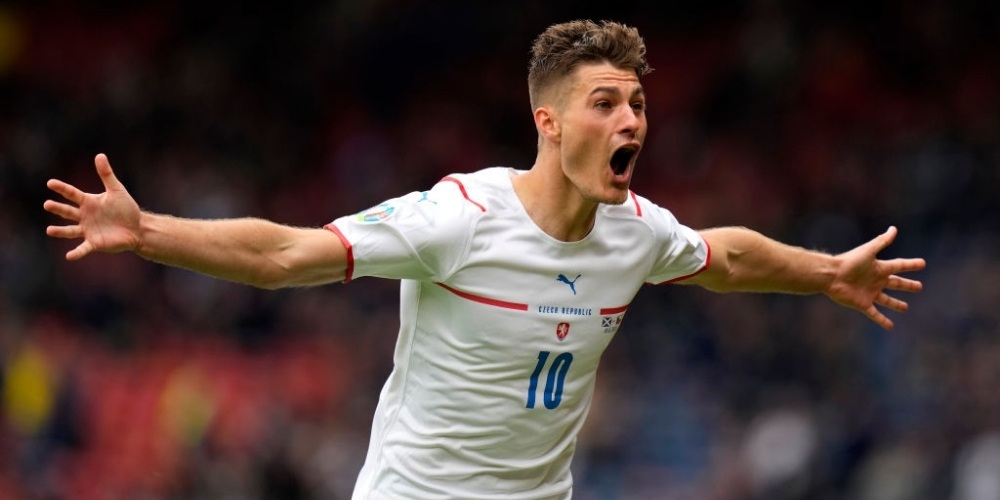 Schick scored both goals for the Czech Republic, beating Scotland 2-0 at the European Championships on Monday.

Schick had previously put the Czechs ahead in the 42nd minute with a powerful header after muscling himself in a game between two Scottish defenders. It was a great shot made by the equally outstanding cross from right-back Vladimír Coufal.

His second goal will be discussed over the years to come.

The second goal was scored in the 52nd minute when Scottish defender Jack Hendry was blocked by a Czech player, and the rebound went to Schick on the center line. While he only had one defender and his teammate arrived for support, the 25-year-old noticed that Scottish goalkeeper David Marshall was out of line and decided to shoot from long range.

Unbelievably, the ball found the backside of the net and the goal. Marshall gave chase, but all he could do was watch the ball go into the net before it was entangled in the net. With this goal, the Czechs took the lead with two goals against Scotland at the time.

“I looked (at the goalkeeper) to see where he was standing, and he was pretty high. I checked again and fired,” Schick said.

UEFA said it was the longest distance goal in the tournament at 49.7 meters. German midfielder Torsten Frings set the previous record of 38.6 meters at Euro 2004.

Will there be a better effort than THIS in the first round of games? @GazpromFootball | #EUROGOTR | #EURO2020 pic.twitter.com/skA67Yqeik