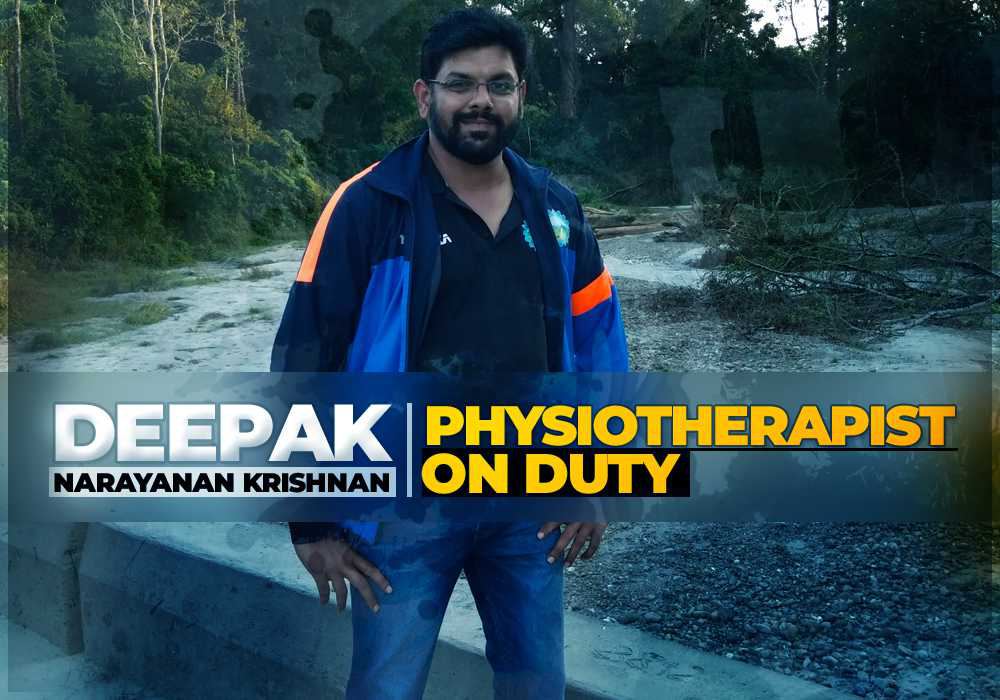 The world of sports is pretty much aware of the role of physical and mental fitness to perform well. This fact is not only true for athletes but also all of us.

To make sure that we stay healthy without any hindrance; we need physiotherapists like Deepak Narayanan.

In the past ten years, Deepak has successfully served many state squads of cricket and football. He has also worked on their fitness programmes; making them physically fit and healthy for the battle of sports.

Being associated with BCCI, Goa Cricket Association and the Andhra Cricket Association; Deepak has encountered with various physical injuries and musculoskeletal disorders that inhibit athletes to perform, but he resolved them with the right therapies and guidance.

The core of one’s success in various fields relies on a healthy mind and body. This is what Deepak believes and works with, to improve the physical as well as mental stature of our players so that; they can deliver their best at the main battle of sports. Let's see what Deepak says about his role and value of physical fitness in sports and how does he serve the world of sports...

Why did you decide to become a physiotherapist?

Physiotherapy is a unique brand. Since I love working for sports, my only options were to either become a sports doctor or a physiotherapist. The time when I used to play cricket for associations, I didn't find proper sports doctors or physiotherapists who could serve the players to cure-off the injuries so that a player could get back to play. Hence, I decided to do something which will be helpful for the players so that they can be treated immediately and get back to the field.

How is your role different from a sports doctor?

As a BCCI Physiotherapist, what responsibilities have been assigned to you?

I am assigned to deal with the physical fitness of players as well as their treatment, injury prevention, rehabilitation and on-field post-injury management. Besides this, I also overlook the on-field as well as the off-field sporting management.

You have served at many giant entities including the Asian Tennis Federation, Tamil Nadu Boxing Association and especially BCCI. How tough is it to deal with different sports injuries and routines? 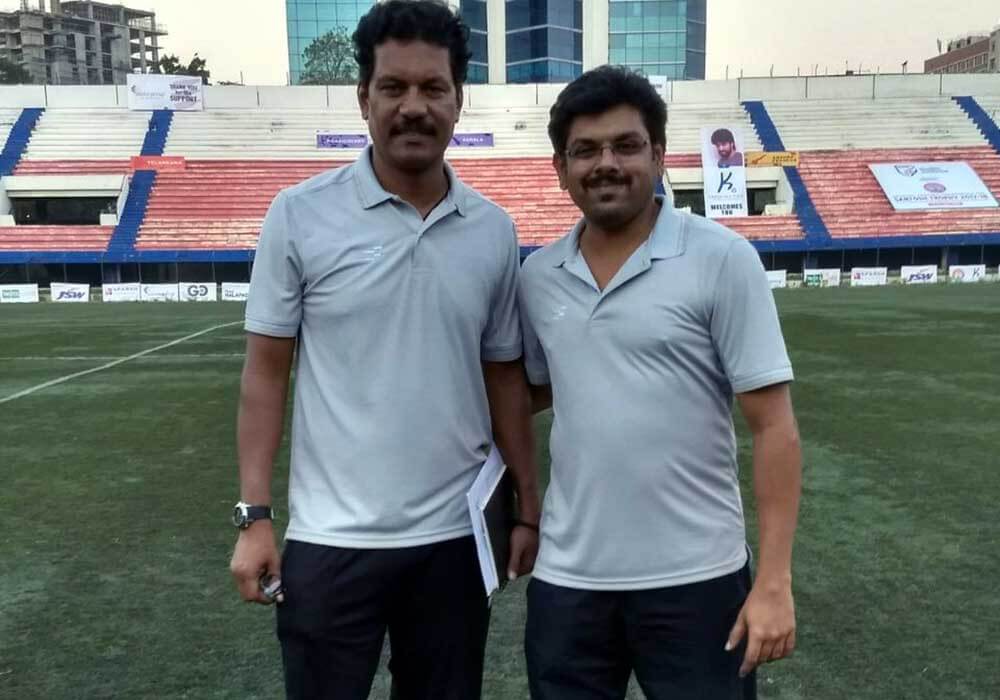 Frankly speaking, I didn't find anything tough while serving my duties for the betterment of sportspersons and organisations because I am passionate about my work. I know that each sport has a different set of injuries and respective treatments that are challenges for a physiotherapist, and I want to meet those challenges. So, I work accordingly, and that's easy.

What are the major injuries that athletes often encounter? How do you cure them instantly to let them go for the game?

See, in cricket, for the fast bowlers, it's the joint injury and back pain while spinners face the wrist pains and ankle twists. The batmen often come to me with other things. So what I do, if an injury happens during the on-going play, I immediately put ice-packs on that part of the body and allows the player to relax so that, he can perform in the next moment.

What is the difference in the standards of physiotherapy services in India and Abroad? 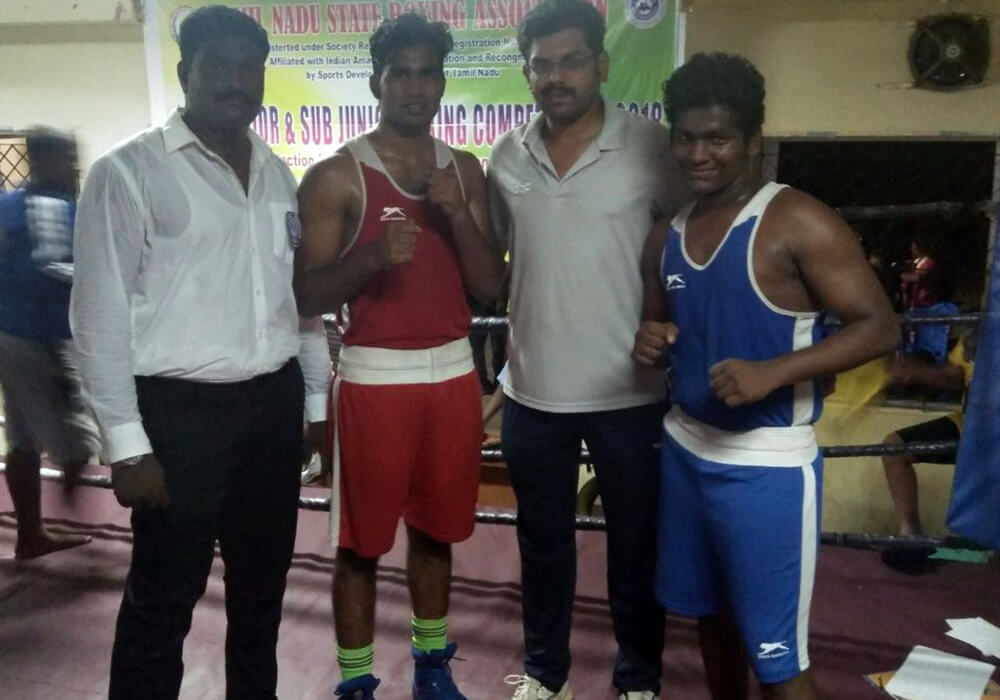 Whatever consequences happen to people, they approach doctors because here, people prefer more on quick treatments and surgeries rather than time-taking physical therapies.

But this is not the case in other countries. There, people are much aware of the benefits of physiotherapy and avoid going for operations for their treatments. They first contact physiotherapists, because they know very well that physiotherapy can lead to a longer duration but better than surgery, and they'll definitely be cured following the right physical routines and exercises.

What are the costs associated with various physiotherapy services?

You see, there are various services, depending upon the injuries and treatments followed by them. So each service has a different cost structure associated with the complexity of the patient, the treatment routine and the time required to cure the injuries. Every physiotherapist has his consultation cost structure, ranging according to his experiences and skills.

Athletes are often seen to be treated by Cupping Therapy. How effective is it? 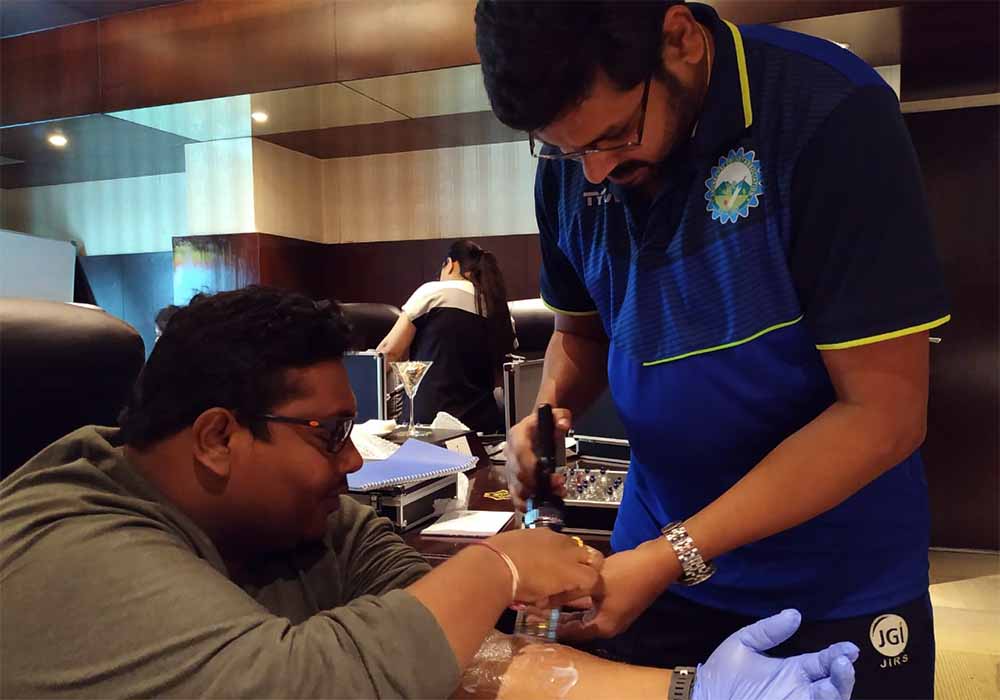 We have seen players suffering from the back pain, knee injuries etc. So, what happens after the cupping therapy, the natural motion for the entire body or the particular joint has increased or improved, resulting in relaxation with proper sleep. Athletes eventually perform very well on the next day. For instance, in the Rio Olympics 2018, prominent swimmer Michael Phelps was suffering from back injuries and shoulder injuries. After the performance, he took the cupping therapy and the next day; he was back to normal. So what I mean to say that the cupping therapy relieves the entire body's pain and inflammation. It heals the internal damages so that the athlete can enhance the performance.

What is the role of physical therapy in team sports? 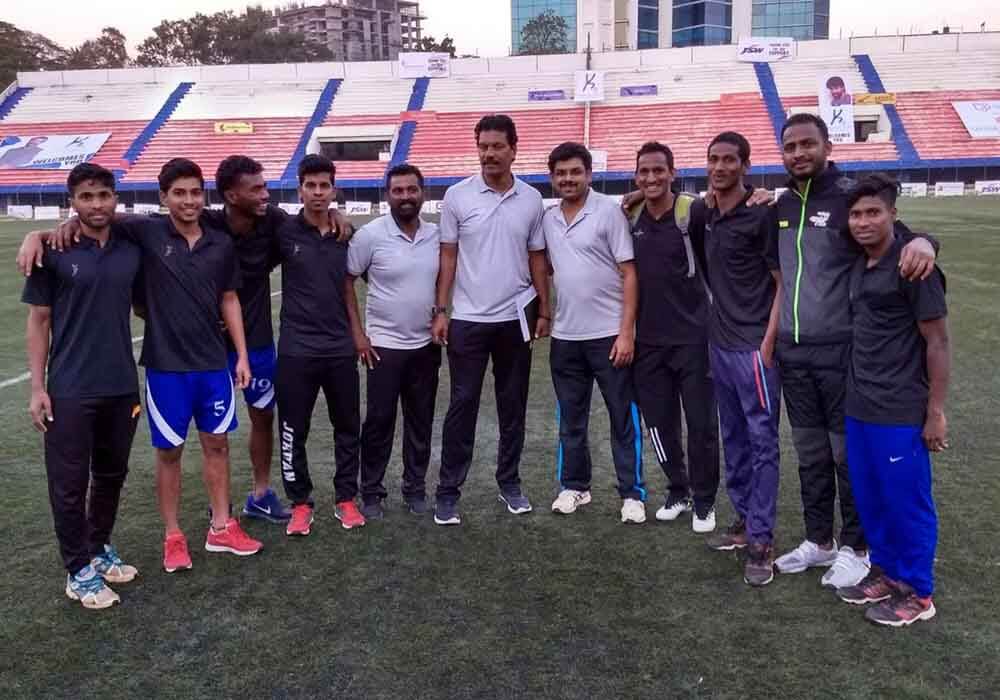 See, whether it's an individual sport or a team sport, our prime duty is to take care of athletes. We must cure all their injuries through various exercises, rehabilitation and other therapies.

Besides this, we must not only look over the on-field performances and fitness of athletes but also need to take care whether the athletes are having proper relaxation. We have to make sure that when the athletes return to the pavilion after their performances, their brain, body and soul get relaxed.

They may sleep peacefully to recollect energy and perform well on the next day events, encountering fewer injuries.

Amongst the athletes you have treated, which player performs at its best in spite of major career injuries?

Sometimes back, we had a one-day tournament in Bhubaneswar – the Vinoo Mankad Trophy. One of our crucial players, a fast bowler, had a back injury. I aided him with some manual therapy and dry needling and the next day he took 7 wickets against Sikkim. There was another player who is a potential batsman, encountered with a shoulder injury for which, I applied the taping. Then against team Meghalaya, he scored a double century. So you see this is the power of physiotherapy.

What kind of therapies you primarily consider while treating athletes?

There are lots of major techniques that I use to apply. I often apply hands-on skills such as Manual Therapy, Mulligan Concept, Osteopathic, Chiropractic, Dry Needling, Dry Cupping, Soft Tissue Treatments etc.

According to you, what precautions one should follow to avoid being injured while performing?

In my opinion, proper warm-up and stretching should be done before and after the performance to prevent various kinds of injuries. Besides this, one should be aware when the body needs relaxation and when to go on rest that helps adequately to perform well in the next event.

Besides massage and stretching, how much effective are the TENS (Trans-cutaneous Electrical Nerve Simulator), Ice pack and Hot pack applications?

Ice Packs, Hot Packs and TENS can be used only for temporary relief. They cannot be considered for providing permanent relief rather than massage and stretching. All of them can be applied for quick relief when the athletes are on-field and immediate relief is required.

Do you think an athlete can continue his/her sports career after severe injuries with the help of physical therapies and routines? 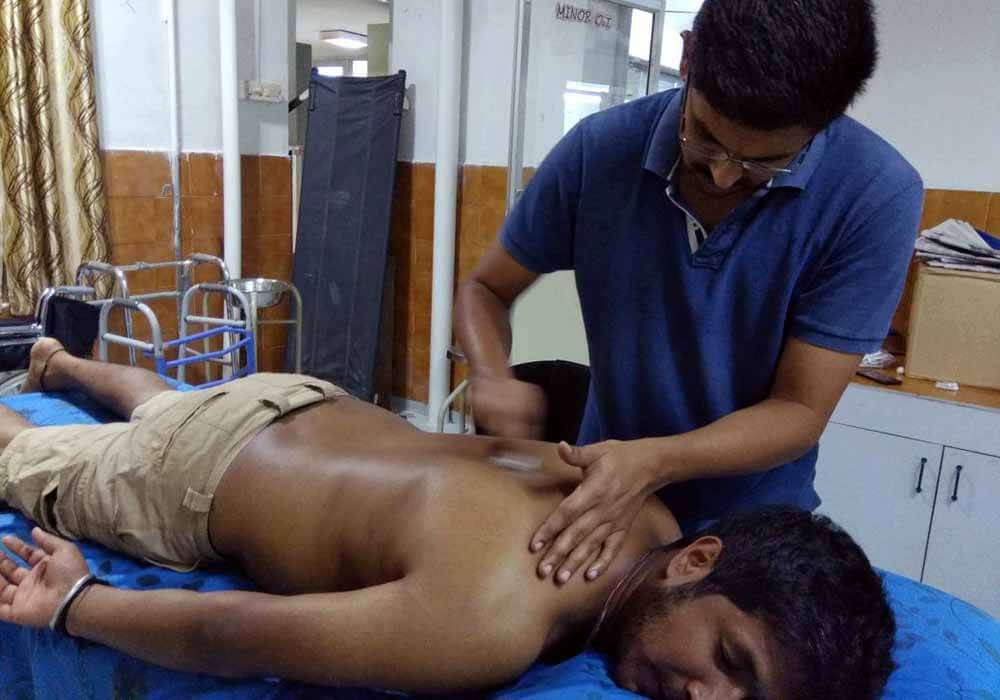 Yes! Definitely, it's possible. An athlete can heal through physical treatments and diet routines only if he or she follows the treatment protocols accurately. The athletes should support the physiotherapist to let him follow the treatment. Only then, he or she can be back to normal after a particular passage of time.

Nowadays, athletes have been seen using prophylactic strapping and kinematic taping. How does it help to cure muscular pain and enhancing performance? 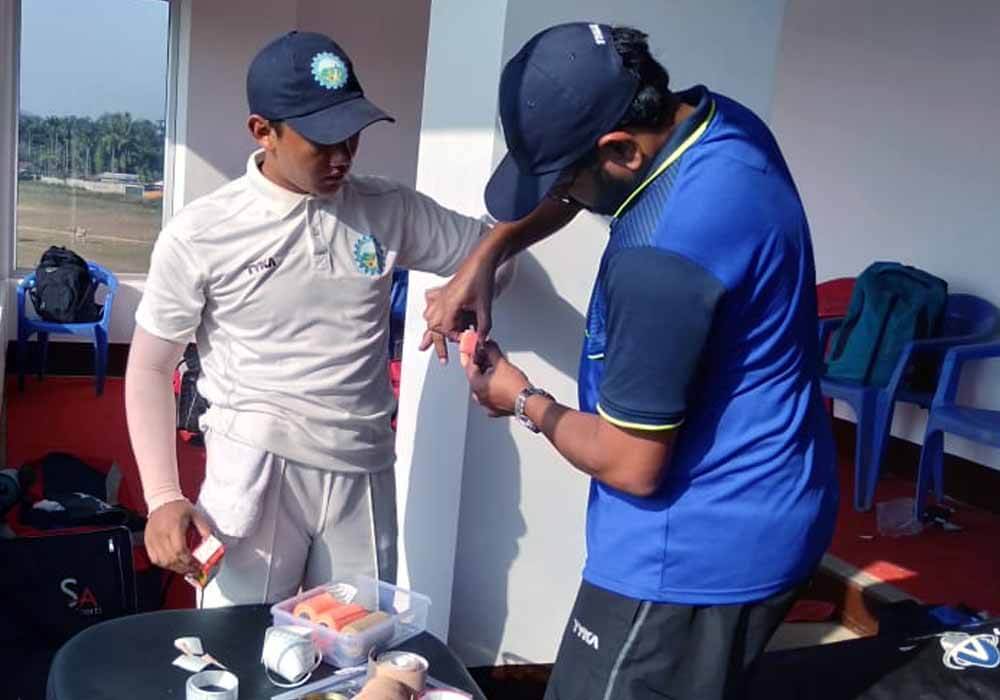 The prophylactic strapping and kinematic taping help athletes to heal from temporary pains. They can also apply them even at the time of their performance to reduce muscular pain. These tapes also help athletes to prevent the joints from particular injuries by availing support to the muscles.

That's a very good initiative. I think this will help to improve the career of sportspersons and provide a fair stage to all sports fraternities to showcase their potential players to earn more fame and name. I hope we all get benefitted with this initiative and transcend in our careers.

Deepak Narayanan is now a part of Sportsmatik.com. Checkout his profile at the link given below-​