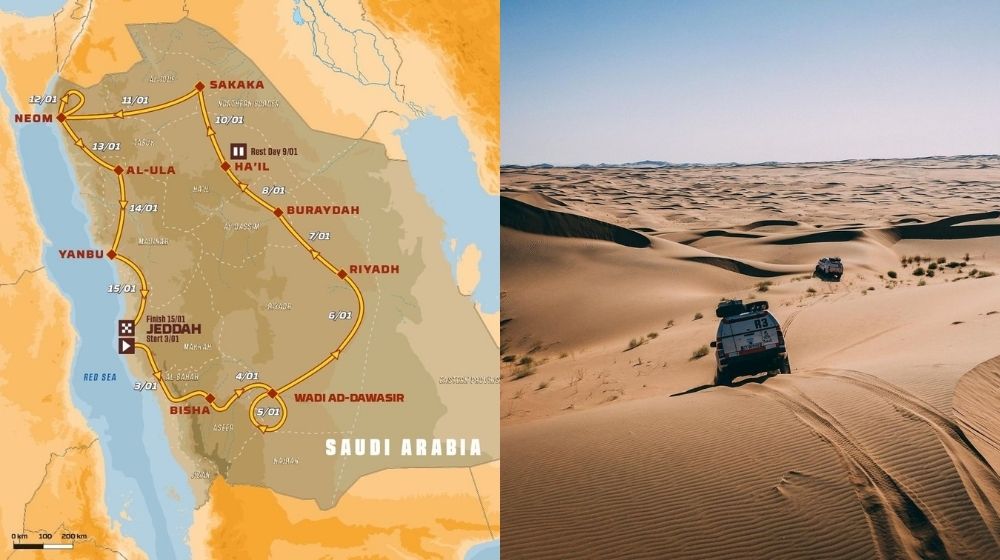 The Dakar Rally organizers, the Amaury Sports Organization, have defended their choice of Saudi Arabia as host and finally revealed the route for the Dakar 2021 event and other details including routes by stages, distances and new regulations. The 2021 Dakar Rally will start from January 3, 2021 and will end on January 15. As part of the safety precautions due to the ongoing COVID-19 pandemic, competitors and anyone else associated with the rally will have to be quarantined for 48 hours after arriving in Saudi Arabia.

Next year's route will consist of 7646 km, starting and ending in the city of Jeddah and includes 4767 km of competitive stages. The 43rd edition of the Dakar Rally will be special not only to get a new route but also to witness a new class of vehicles participating in the collection of cars, bikes, quads, trucks, SSVs and buggies.

The routes for these vehicles will be shorter than the main event. The 2021 event will be the first to feature special stages aimed at reducing the duration and number of high-speed sections to emphasize on driving skills and navigation skills.

After the death incidents of motorcyclists Paulo Goncalves and Edwin Straver in the 2020 Dakar Rally, the 2021 Dakar has taken many new safety measures for its riders. Safety measures now include mandatory motorcycle airbags, audible warnings that notify motorcyclists when approaching potential danger zones, along with specially designated slow zones with a 90 km / h speed limit for difficult sections.

The COVID-19 pandemic forced organizers to promote the event and host stages in neighbouring Oman, United Arab Emirates and Jordan. But the 2021 Dakar route still looks interesting, and people are excited about it, even after a considerable delay.

All Dakar participants will jump into action on January 2 with an 11 km prologue stage to determine each competitor's starting position for the opening stage.