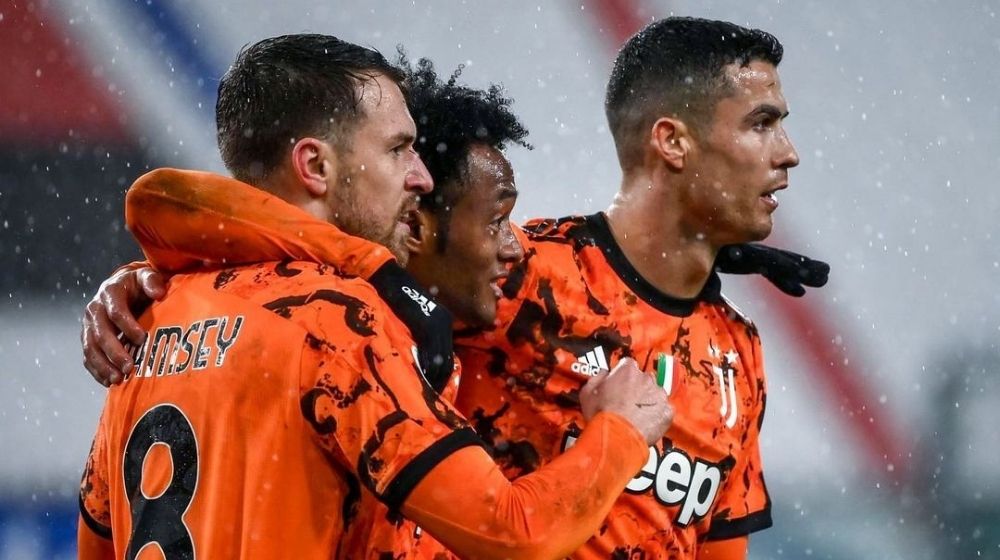 Cristiano Ronaldo is reportedly set to miss the Coppa Italia clash against Inter Milan on Wednesday. Ronaldo, who recently allegedly violated COVID protocols, has rested because of Saturday’s game against Roma in Serie A.

Luca Momblano, a  journalist and Juventus fan revealed the starting XI, he said; “In goal, there will be Buffon, in defence with De Ligt one between Demiral and Bonucci. On the left, there could be the Brazilian tandem formed by Danilo and Alex Sandro. Simultaneously, in the median only Bentancur is certain of the place, then disqualified in the championship. With him more Arthur than McKennie who is good at taking over even in the running game. In front of Kulusevski with CR7, but beware that if Morata is well, Ronaldo could end up on the bench in view of Saturday’s match against Roma.”

Andrea Pirlo has made radical changes to the team that beat SPAL 4-0 in the quarterfinals, as Inter Milan would not be easy. After losing to Nerazzurri 2-0 in early 2021, the Bianconneri side seeks revenge for the defeat.

Alex Sandro, Juan Cuadrado and Matthijs de Ligt missed the league match between both teams, but they are available for this match.

Juventus will miss their protagonist – Ronaldo. But again, it gives Ronaldo time to return to the right position prior to Saturday’s serious clash in Serie A.

Ronaldo may not have scored any goal against Sampdoria, but he played an important role in the game by setting up a chance to score a goal.

Juventus currently occupies fourth place in the Serie A points table and will advance upward in the recent future.