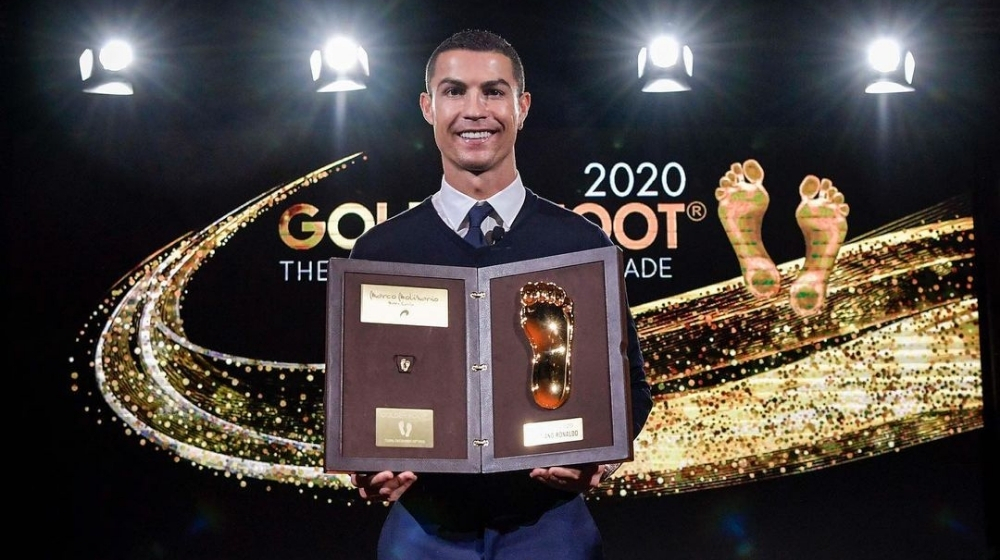 Cristiano Ronaldo won the Golden Foot Award in recognition of his outstanding achievements and performance in international football during 2020.

He got his hands on the prize at a small ceremony in Turin on Sunday, just two days after losing to Lewandowski for the FIFA Best Men's Player of the Year award.

The Golden Foot Award signifies a player who is considered to have excelled more than anyone else in international competition, both team and individual.

Ronaldo has received the honour in the year, in which he reached to the 100 goal mark for Portugal, demonstrating his spectacular century of international goals by scoring twice against Sweden in the UEFA Nations League in September. The Juventus star also won his second Serie A title in two years for the club, in which he has scored 41 goals in all competitions so far in 2020.

In this way, Ronaldo determined the winner of 2020 from a shortlist of 10 players selected by a panel of experts in the online fan poll's final ranking.

Ronaldo wrote on his official Instagram, "I am honoured to win the Golden Foot and to be immortalised on the Champion Promenade, together with some of the greatest football legends of all time! I am truly humbled and want to thank the fans all over the world for having voted for me."