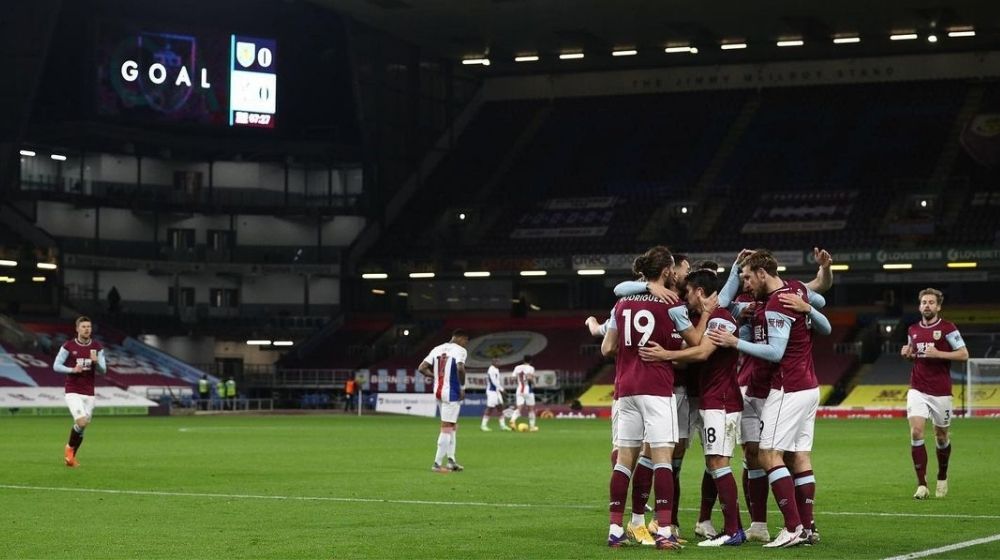 Burnley secured their first Premier League win this season when Chris Wood sealed a 1-0 victory over Crystal Palace that took them out of the relegation zone, while Southampton lost a chance to go third in their 1-1 draw against Wolves on Monday.

Burnley was at the worst start of the season in club history and failed to win any of the first seven games. Sean Dyche's team was the only Premier League team that hadn't scored a home goal this season until New Zealand striker Chris Wood put them ahead against Palace in the first half.

Wood's early strike, Burnley's first goal at home this season, proved the difference, as the forward drove home on a pass from Jay Rodriguez after a mistake on the Palace defence.

Palace didn't have their influential forward Wilfried Zaha's contribution to the attack as he tested positive for coronavirus.

However, they had a chance to equalize in the first half with loaned Chelsea forward Michy Batshuayi who failed to reach an excellent ball from James McArthur before Nick Pope overturned Andros Townsend's powerful effort.

Burnley should have put the game out of Crystal Palace's reach shortly after the restart, but Johann Gudmundsson slammed his shot off the crossbar, a failure that nearly proved costly soon after when a Dwight McNeil error put Batshuayi in goal but he failed to beat Pope.

The Palace had one last chance to steal the equalizer, but Pope made a great save from close range and denied the substitute Christian Benteke.

With the victory, Burnley moved up to 17th place with 5 points, one point above the relegation zone, while Crystal Palace remains with 13 points on 10th place.