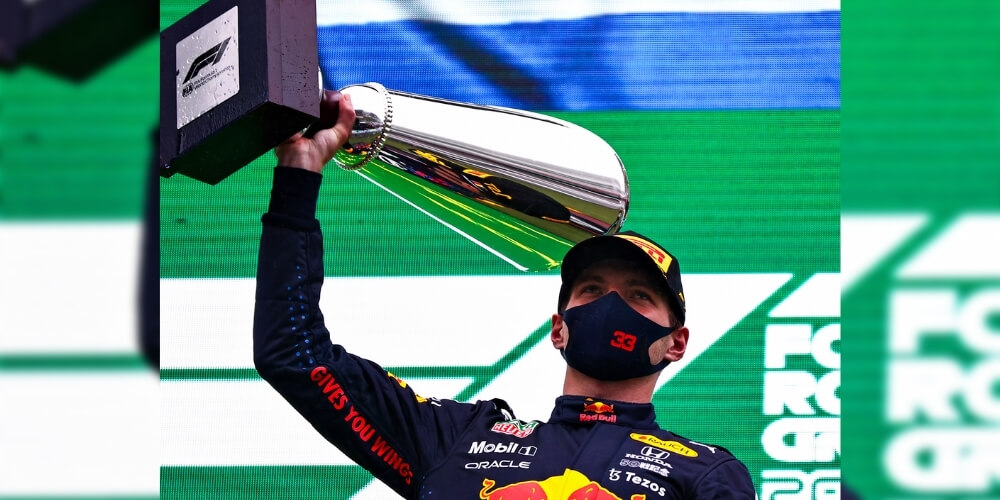 Red Bull's Max Verstappen won the rain-shattered Belgian Grand Prix as he only completed a few laps behind the safety car at the drenched and dangerous Spa-Francorchamps circuit.

Heavy rain prevented any competitive race on the Spa-Francorchamps circuit.

Verstappen said: "Now, in hindsight, it was imperative to get that pole position. Of course, it's a shame not to get proper laps, but the conditions were very tricky."

"At 3.30 pm, the conditions were decent, but the visibility was very low. I think if we'd started at 3 pm, we would have had a decent chance. Big credit to the fans for staying here all day."

It’s a shame the bad weather denied us a proper race. It’s P1, but the real winners are all the fans that stayed at the track in the rain all day ️ Incredible #BelgianGP pic.twitter.com/3bJcoBrJK7

The race will go down in history as the only Formula 1 grand prix in which there are no races.

But conditions were deemed too dangerous, and the red flag was raised after two and a half laps behind the safety car.

Therefore, the results were announced according to the starting order, and Verstappen was ahead of Williams driver George Russell and Mercedes' Lewis Hamilton.

According to the regulations, two laps were enough to get a half-point, so Verstappen cut Hamilton's lead to three points.

And Russell finished on the podium for the first time thanks to a qualifying lap on a wet track on Saturday, which will be one of the greatest in Formula 1 history.

The 23-year-old Russell said: "We don't often get rewarded for great qualifyings, but we absolutely did today. It was a shame we did not get the race underway but, from my side and the team's side, it's an amazing result."

"The whole team deserve it because there has been so much hard work going into work over the last few years, and there has been nothing to show for it, but we absolutely nailed it yesterday."

Hamilton added: "They knew, in the end, the track wasn't any better, and they did it so that they could do two laps and declare a race. I really hope the fans get their money back.